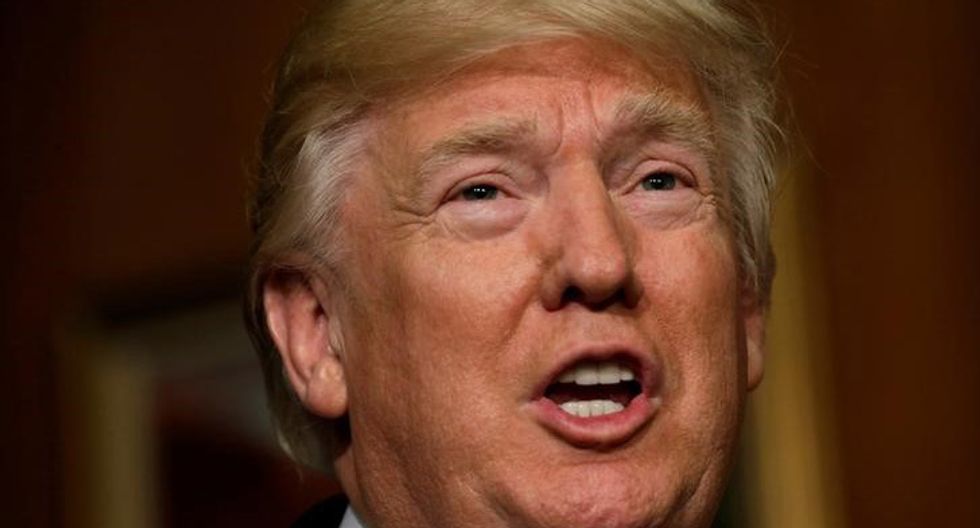 As all of the hubbub over President Donald Trump's stunning decision to fire FBI Director James Comey began to settle down, the president popped up on Twitter and attacked Senate Minority Leader Chuck Schumer (D-NY).

Earlier in the evening, Schumer held a press conference to call for an independent investigator to pick up where Comey began.

Tuesday night Trump shot back at Schumer, tweeting, "Cryin' Chuck Schumer stated recently, "I do not have confidence in him (James Comey) any longer." Then acts so indignant. #draintheswamp."

Trump pointedly said nothing about GOP Sen. Richard Burr (NC) who is chairman of the Senate Intelligence Committee and said he is “troubled by the timing and reasoning of Director Comey’s termination”.

Cryin' Chuck Schumer stated recently, "I do not have confidence in him (James Comey) any longer." Then acts so indignant. #draintheswamp
— Donald J. Trump (@Donald J. Trump) 1494384172.0