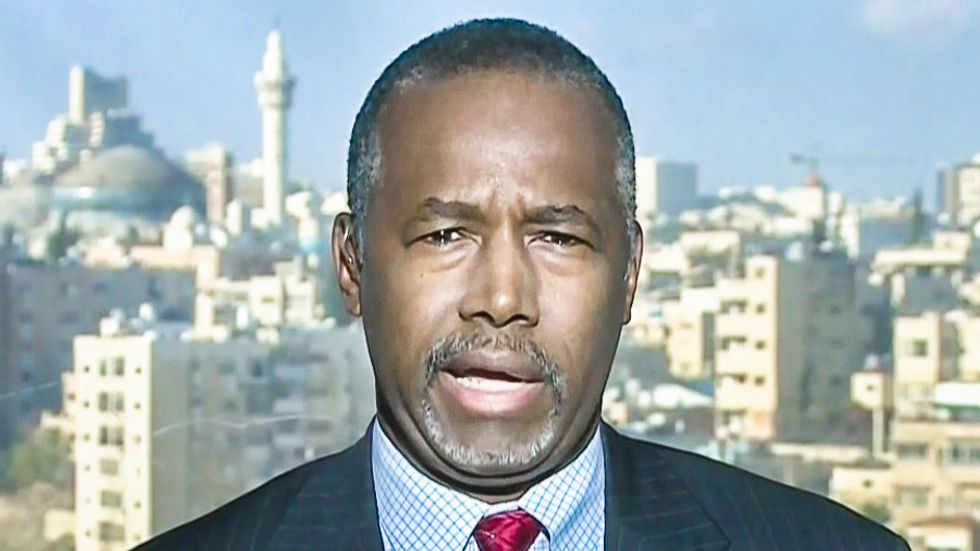 Housing and Urban Development Secretary Ben Carson isn't known for his eloquence, but he put his foot in his mouth more than ever in a Wednesday interview.

As per the Washington Post, Carson told reporter and longtime friend Armstrong Williams on a SiriusXM interview that he thinks "poverty, to a large extent, is also a state of mind".

Carson, who grew up poor but rose to fame and fortune as a neurosurgeon before becoming a Republican presidential hopeful in 2015, has had brushes with political incorrectness before. In one of his first speeches as HUD secretary, Carson infamously referred to slaves as "immigrants," and was predictably slapped down by Twitter in response.

"There's also a poverty of spirit. You develop a certain mindset," Carson said in the interview, which will appear in full on SiriusXM Wednesday night.