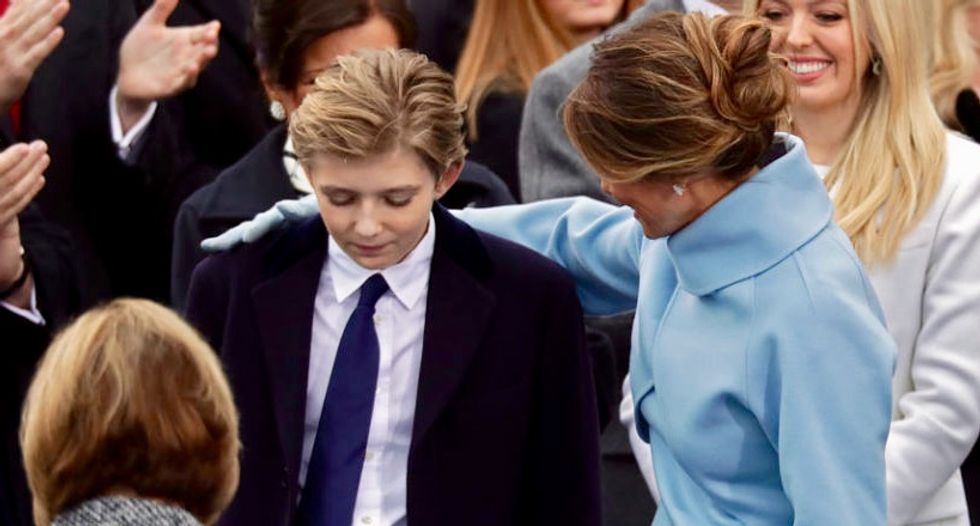 His enrollment at Andrew's Episcopal School in Potomac, Maryland, comes as he prepares to move to the White House with his mother, first lady Melania Trump. When Trump took office on Jan. 20, Barron stayed behind in New York City with his mother to finish out his current school year.

Melania Trump announced the choice of school in a statement.

"The mission of St. Andrew's is 'to know and inspire each child in an inclusive community dedicated to exceptional teaching, learning, and service,' all of which appealed to our family," she said.

St. Andrew's, located about 18 miles (30 km) northwest of the White House, or about a 30-minute drive, has 580 students enrolled from preschool through grade 12, according to the school. Annual tuition for upper grades is about $40,000, and all of its students go on to college, its website said.

Richard Coco, a spokesman for St. Andrew's, declined to comment on whether Barron Trump would attend, citing the school's privacy policies.

Barron currently is finishing the academic year at Columbia Grammar and Preparatory School on Manhattan’s Upper West Side, another exclusive school and one of the country’s oldest private ones. Tuition there costs more than $44,000 a year.

Barron is the youngest of Trump’s five children and his only child with Melania, the president's third wife.

According to The Washington Post, the Trumps' selection is the first time in years that a U.S. president with school-age children has chosen a school other than Sidwell Friends, a private school with campuses in Washington and nearby Bethesda, Maryland.

Chelsea Clinton as well as Malia and Sasha Obama attended Sidwell, as did President Richard Nixon's daughters, Tricia and Julie, according to the Post.