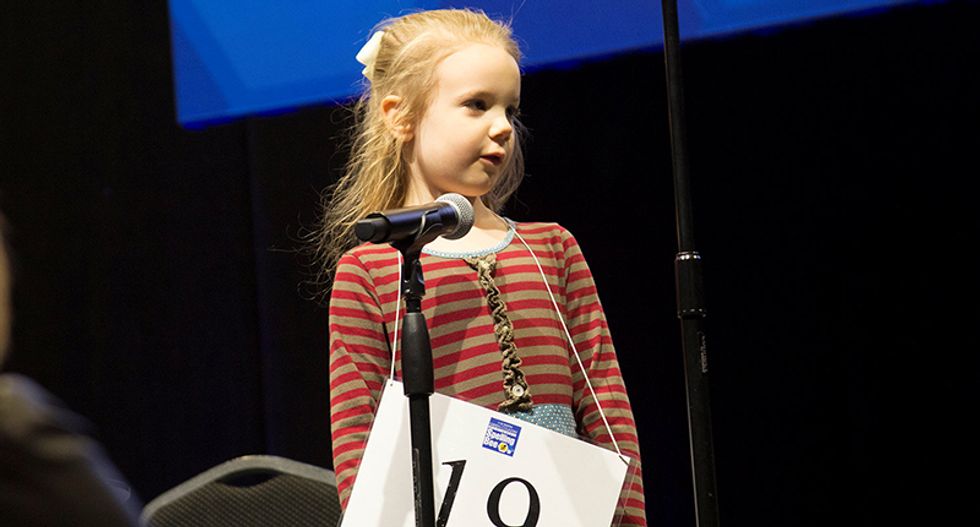 The 291 word whizzes vying on Wednesday in the 90th Scripps National Spelling Bee will include the contest's youngest-ever competitor, and new tiebreaking rules are aimed at avoiding the dead-heat endings of the last three years.

Competing for a $40,000 first-place cash prize, spelling virtuosos ranging in age from 6 to 15 will face off at Gaylord National Resort and Convention Center. The contest concludes with finals on Thursday at the Washington-area resort.

The contestants include Edith Fuller of Tulsa, Oklahoma, who recently turned 6 and is the youngest participant to qualify for the national spelling bee. Her smiling face and blonde curls appear in a photograph on spellingbee.com, where she is identified as Speller No. 290.

She is one of more than 11 million youths who competed in earlier spelling bees in all 50 U.S. states, U.S. territories from Puerto Rico to Guam, and several nations from Jamaica to Japan, contest officials said in a news release.

New rules this year are aimed at preventing tie endings like last year's, when joint winners both got $40,000 cash prizes.

Bee officials will administer a Tiebreaker Test to all spellers in the competition at 6 p.m. on Thursday. The test will consist of 12 spelling words, which contestants will handwrite, and 12 multiple-choice vocabulary questions.

If it is mathematically impossible for one champion to emerge through 25 rounds, Bee officials will declare the speller with the highest tiebreaker score the winner. If there is a tie on the test, judges will declare co-champions.

A worldwide audience tunes into the increasingly challenging Bee, which is broadcast live on ESPN.

The competition started in 1925, when 11-year-old Frank Neuhauser correctly spelled the flower "gladiolus" to become the first national champion.

This year is the 90th national Bee, after finals were suspended due to World War Two from 1943-1945, according to contest officials.

"What started as a quaint contest with nine students has flourished into a national treasure where hard work is recognized and rewarded, and the lessons learned can last a lifetime," said the Bee's executive director, Paige Kimble.