WATCH: Angry constituent shames GOP lawmaker with story of how Trumpcare will hurt her family 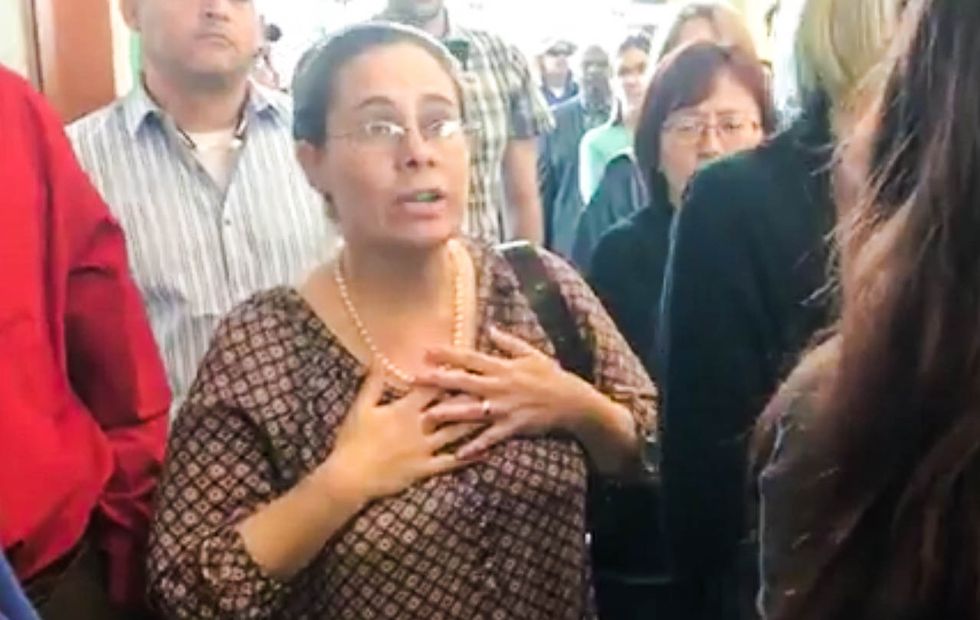 A constituent of Rep. Jeff Denham (R-CA) talks about her experience with high-risk pools

Rep. Jeff Denham (R-CA) faced down a crowd of angry constituents on Tuesday morning and tried to allay their fears about being tossed off their insurance -- but he wound up getting shamed by people who understood his own bill better than he did.

Over the course of the meeting, Denham talked with constituents who told their horror stories about their lives before the Affordable Care Act, including one woman who tore apart the GOP's plan to shift over people with preexisting conditions to "high-risk pools" that she said were completely unaffordable for her and her family.

"Do you have any experience of actually buying insurance through a high-risk pool?" asked the woman, whose husband suffers from type-2 diabetes. "I tried to for my husband. It would have cost us more than our income to only insure him. There was a six-month wait list... to get onto the insurance. Once you got onto the California high-risk pool, there was a period of six months where you had to pay premiums before it covered your preexisting condition."

Denham responded by saying that he'd love to have her help him "understand it better," to which she replied that she has contacted his office several times and has never once received a satisfactory response.

At the end of her explanation to Denham, the woman angrily denounced the AHCA and said that "no part of this is okay!"