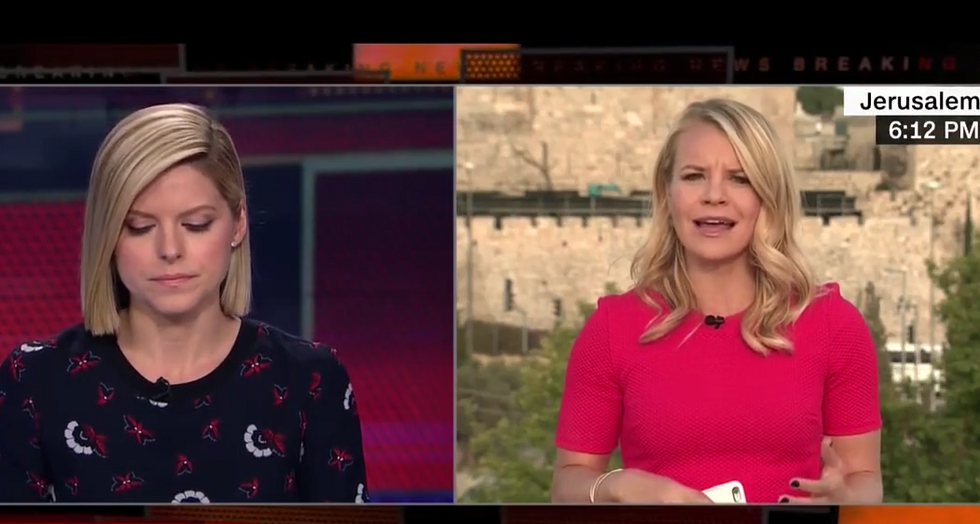 President Donald Trump on Monday defended spilling highly classified intelligence to Russian government officials by pointing out that he never mentioned Israel was the source of the information.

However, the original report on Trump giving the Russians classified information never claimed that he told Russia that Israel was the source. Rather, the report simply claimed that Trump's description of the information, including the location of where it was gathered, would give Russia enough information to piece together which intelligence agency provided it.

CNN hosts watching Trump's remarks appeared baffled by his defense, as they pointed out Trump was denying a report of something that was never actually reported.

"If you look back at the reporting of that, the reporting never says that in that meeting Trump says, 'Oh, we got this information from our friend, Israel,'" said CNN White House correspondent Sara Murray. "But it basically says, look, it's not very hard to figure out where this information came from, as evidenced by the fact that a number of news organizations, including sources telling CNN, that Israel was the intelligence-sharing partner that that came from. So, that's sort of one of the awkward backdrops playing out here."