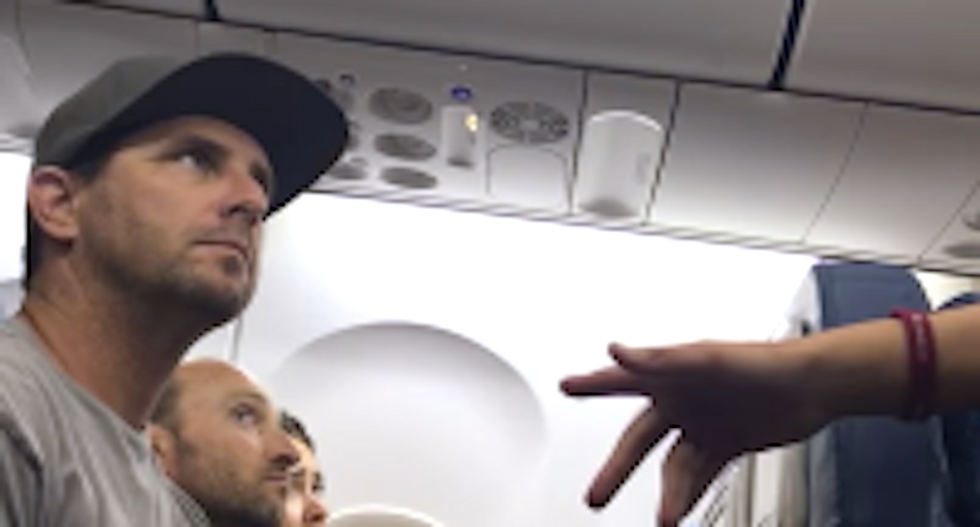 A Southern California man posted a video on YouTube of Delta flight attendants kicking them off an overbooked plane for refusing to give up a seat for their young son.

Brian Schear, of Huntington Beach, said he and his family were flying overnight from Hawaii to Los Angeles last week when employees asked them to give up the seat where their 2-year-old son was sitting, reported KABC-TV.

He tried to refuse and was threatened with jail, according to the video.

"You have to give up the seat or you're going to jail, your wife is going to jail and they'll take your kids from you," Schear recalled the flight attendant saying.

Delta employees wanted the family to hold the young child in their laps during the flight, but Schear argued that they had bought the boy a ticket because he needed to sit in his car seat to sleep.

An employee inaccurately told the family the boy needed to sit in a seat with an adult, because the airline's website recommends that children under 2 years old should sit in an approved child seat in a ticketed seat of their own.

The entire family was ordered off the plane, and they stayed overnight in a hotel and bought new tickets the following day, reported KTLA-TV.

Delta issued a statement Thursday on the incident, but did not explain why the family was asked to give up their seat.

“We’re sorry for what this family experienced," said spokeswoman Betsy Talton. "Our team has reached out and will be talking with them to better understand what happened and come to a resolution. I can confirm that this was not because the flight was overbooked."