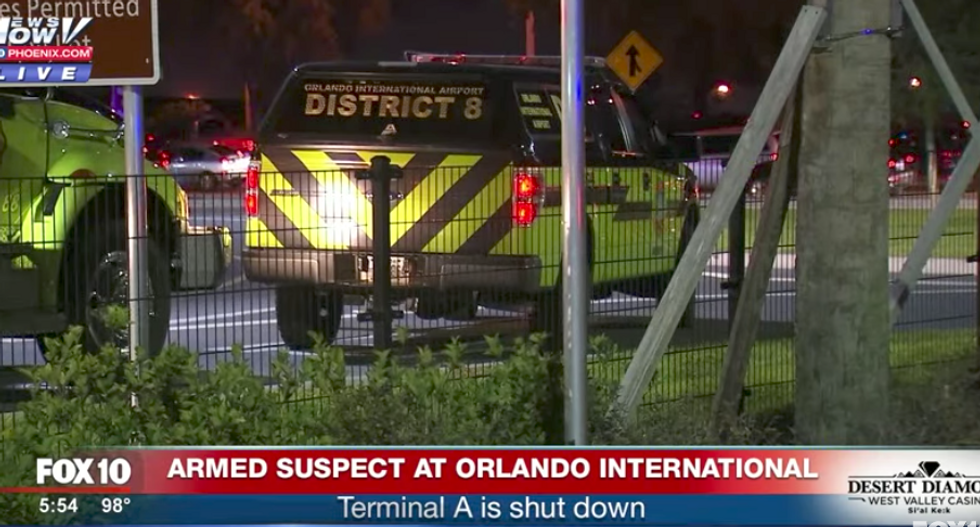 The man reportedly pulled out a gun in the airport as passengers tried to calm him.

"Put it down, bud, put it down,” witnesses can be heard saying, according to a video of the incident. "We're gonna help you man."

OIA spokeswoman Carolyn Fennell said police have surrounded the man near a rental car kiosk in one area of the airport.

Watch the livefeed below, via Fox 10 Pheonix: