WATCH: Trump official gloats about ‘not a single hint of a protester’ during Saudi Arabia visit 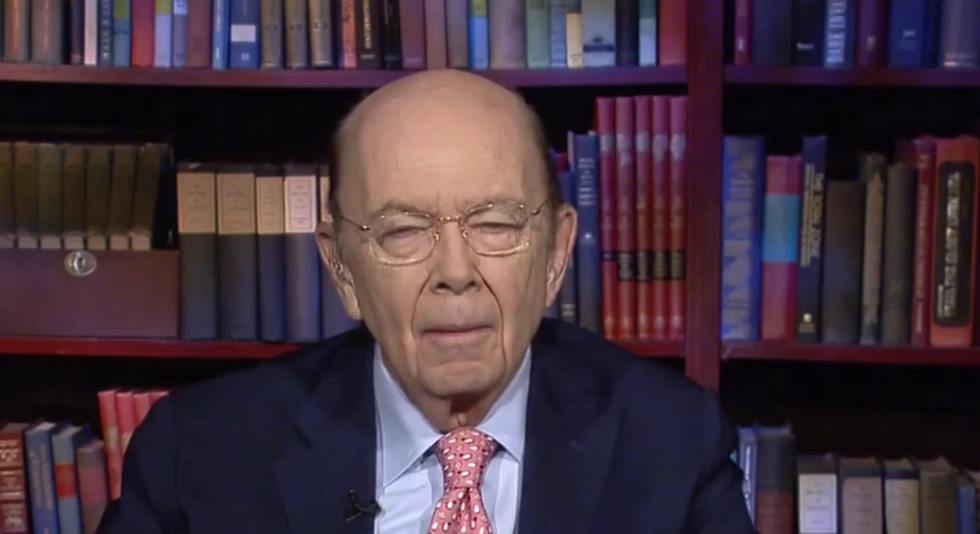 President Donald Trump was evidently pleased with the reception he received in Saudi Arabia over the weekend, and Commerce Secretary Wilbur Ross said that one reason the trip went off so well was there weren't any protesters on hand to disrupt things.

Speaking with CNBC on Monday, Ross enthused that the president was able to conduct his business in Saudi Arabia without having to face any dissenting voices as he regularly has to face in the United States.

"There was not a single hint of a protester anywhere during the whole time we were there," he said. "Not one guy with a bad placard."

At this point, the CNBC host interrupted him and pointed out that there generally aren't protests in Saudi Arabia because it does not allow public displays of dissent.

"In theory that could be true," Ross conceded. "But there was not a single sign that there was any effort at incursion, there wasn't anything. The mood was a genuinely good mood, and at the end of the trip, as I was getting back on the plane, the security guards for the Saudis' side who had been helping us over the weekend all wanted to pose for a big photo op, and then they gave me two gigantic bushels of dates as a present... That was a pretty from-the-heart genuine gesture."