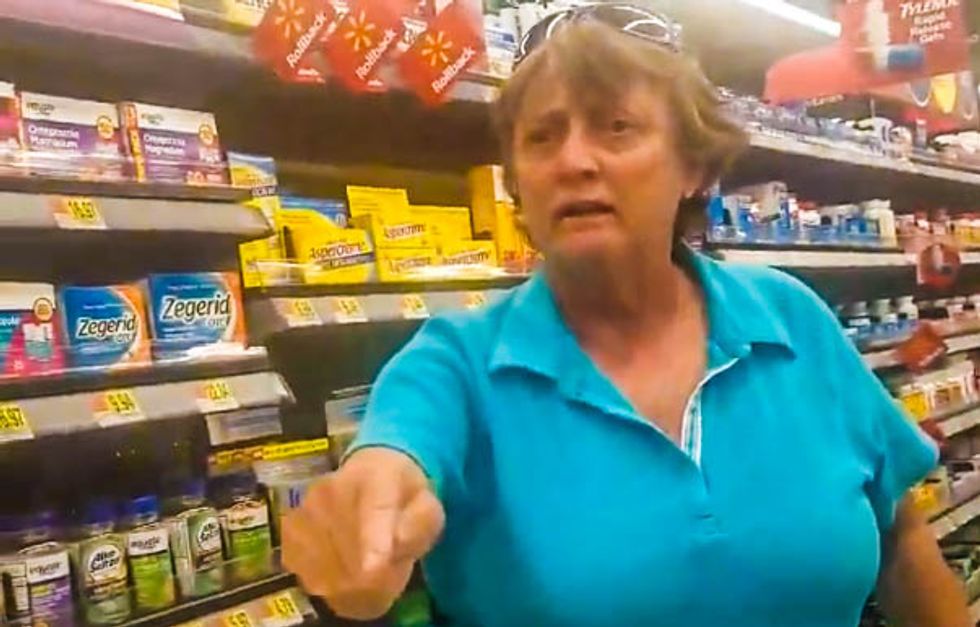 A video of an angry Walmart shopper hurling racial slurs at black and Latino customers is going viral after being posted on Facebook this week.

The video, which was posted by Facebook user Eva Hicks and promoted by Shaun King, shows a white woman pushing a shopping cart in Walmart yelling at Hicks to "go back to where you came from" and to "leave America." Hicks said the woman's angry rant was triggered after Hicks said "excuse me" and asked her to move her cart so she could access medicine on the shelves.

As the woman kept shouting at Hicks, a black woman walked over and tried to intervene, at which point the white woman told her to "stay out of it."

The black woman then said she wanted the white woman to "stop being ignorant."

"A n*gger's calling me ignorant?" the white woman asked indignantly.

The white woman then told her to leave the store, to which Hicks replied, "This is my country!"

"We don't want you here," the white woman replied.

At this point, a store manager came over and informed the white woman that she was behaving inappropriately -- and she replied by pointing at Hicks and telling him that she was the real problem.