'We sued you for that and won': NY attorney general exposes hypocrisy of Trump's 'religious freedom' order 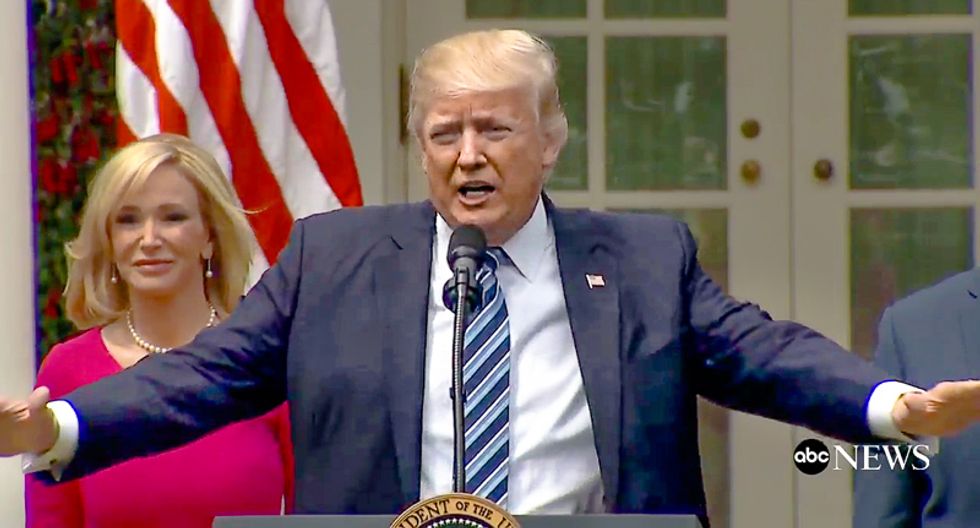 New York Attorney General Eric Schneiderman (D) called out President Donald Trump on Thursday for being guilty of violating the same religious freedoms that he now seems to be extolling.

In a White House ceremmony with conservative faith leaders, President Trump signed an executive order that will reportedly give churches more freedom to engage in politics.

"We will never, ever stand for religious discrimination. Never, ever," Trump said at the signing.

Schneiderman, however, refused to let Trump forget his own history of religious discrimination, noting that New York had been one of the states to successfully sue over a travel ban that targeted Muslims.