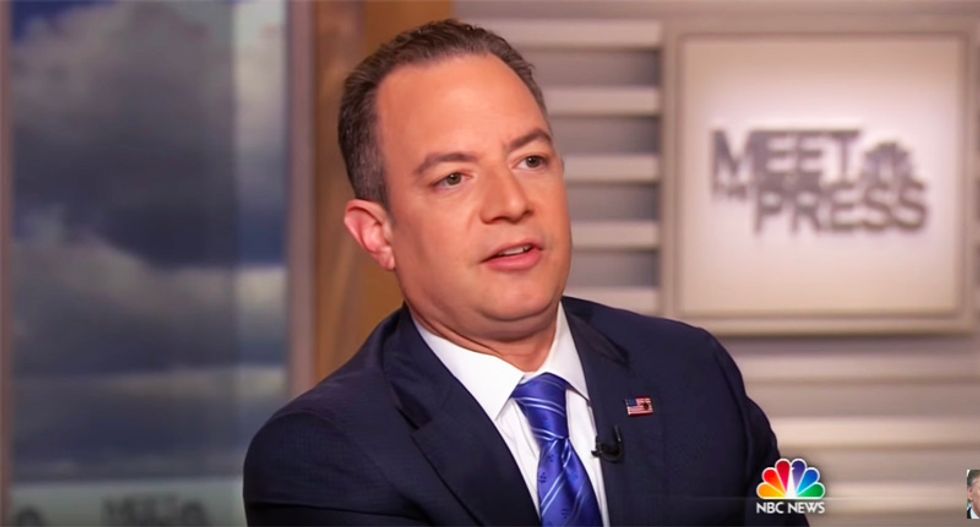 Top aides to President Donald Trump on Monday predicted a vote this week in the House of Representatives on legislation to overhaul the U.S. healthcare system even as Republican lawmakers remained skeptical.

"I think it will happen this week," Priebus said on CBS "This Morning" television program.

Cohn told CBS he expects the plan to come to the House floor for a full vote, saying the White House was "convinced we've got the votes."

Yet moderate Republican lawmakers and aides said they were skeptical that a vote could come together this week as lawmakers remained divided.

Trump and fellow Republicans campaigned on a pledge to repeal and replace the Affordable Care Act, also known as Obamacare. Trump and his aides have repeatedly called for a House vote in recent weeks, but lawmakers have so far failed to unite around a bill.

Even if a plan could pass the Republican-controlled House, it would face a tough fight in the Senate, where Republicans have a narrower majority and where some party senators have expressed misgivings about the Republican bill.

AshLee Strong, a spokeswoman for House of Representatives Speaker Paul Ryan, when asked if a vote on healthcare had been added to the schedule, said there were no updates.

"We will schedule a vote when we have the needed votes,” she said.

The conservative House Freedom Caucus, which brought down previous efforts to pass a bill, has endorsed the compromise bill. But several moderate Republicans were either undecided or against the bill for fear that it would not protect those with pre-existing conditions and cause millions to lose health insurance.

An amendment backed by hard-line Republicans would allow states to seek waivers from some of Obamacare's most popular provisions, including one mandating that insurers charge those with pre-existing conditions the same as healthy consumers.

Support from moderate Republicans will likely be needed to get the House of Representatives to the 216 votes it needs for passage.

Republican Representative Charlie Dent, a moderate from Pennsylvania, said he still had problems with the latest version of the plan and suspected there were not enough votes to pass it now.

"Too many Americans are going to be without coverage," Dent told MSNBC, adding that the current plan could make things even worse for vulnerable Americans.

"Nothing has changed as far as I know," said one moderate GOP aide. "Our sense is we're not seeing a lot of moderates who are looking at this."

House Freedom Caucus chairman Jim Jordan, in several television interviews on Monday, said he expected there would be enough House Republican votes to pass the bill this week.

"This bill doesn’t get all the way there but it’s a good step and is ... the best we can get out of the House right now," Jordan told CNN.