'You're dead to me': Arkansas father calls daughter 'f*ckin whore' for taking black man to prom 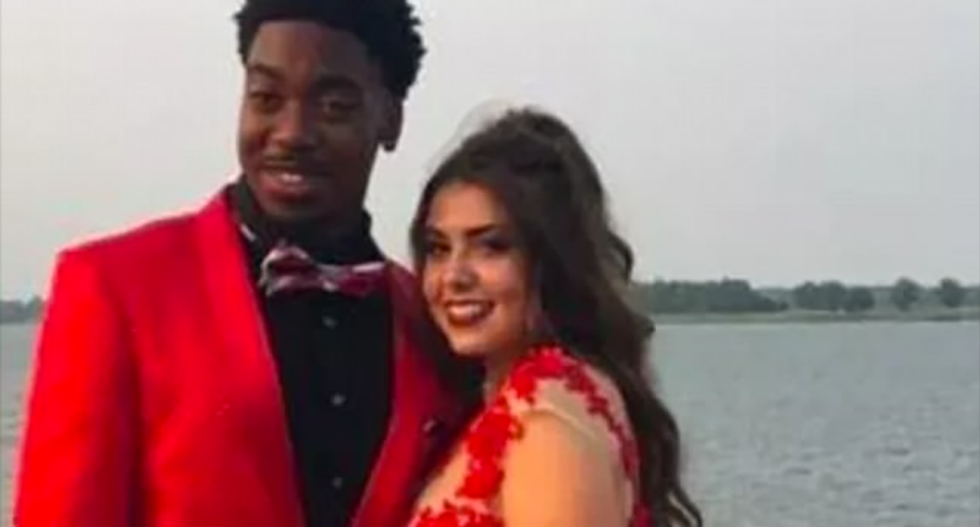 A story about a high school senior from Lake Village, Arkansas is going viral after her father launched into a racist, misogynist meltdown when he saw photos of her at prom with a black teen. He went on to say that he was officially disowning her.

Anna Hayes hasn't spent much time with her father since her parents divorced and she moved in with her mother. But she was floored when she heard from her father over the photos, according to BuzzFeed.

"We are done," her father texted her according to the screen captures posted on Facebook. "I won't be coming to your graduation. Nor will I pay for your college. Go live with the N***er [sic]."

He went on to admit he's racist and told her never to contact him again. "Go ahead and be a F*cking w**re leave me out of it. I'm canceling your phone Monday you can't do this I'm done with you [sic]."

"I didn't do anything wrong," she told her father.

"Shut the f*ck up you have no right to talk to me anymore," he continued. "Go live with the F*CKIN N***ers. Your pictures are already off my walls. You can go to hell. What the F*ck is wrong with you? I'm canceling your phone and your insurance we are done. You want to mingle with Subhumans I'll treat your accordingly."

Hayes told BuzzFeed that her father had always been openly racist when she was growing up. "But it never really occurred to me what it exactly meant to be racist, when you're a child you look at the world completely different," she said on Facebook.

Hayes' half-sister on her mother's side is biracial, making his comments even more hurtful.

"He has told me that if I ever dated a black guy that I will and would be dead to him," she continued. "I stood my ground for what I believe in. He has called me several horrible things before."

She went on to say that it hurt her because she couldn't understand how anyone could hate someone they don't even know simply because of their skin color.

Her friend Phillip was the one who took Anna's texts and photos and posted them to Twitter, where they've been retweeted over 4,000 times.

He told BuzzFeed that as he read the text messages he got "more and more angry."