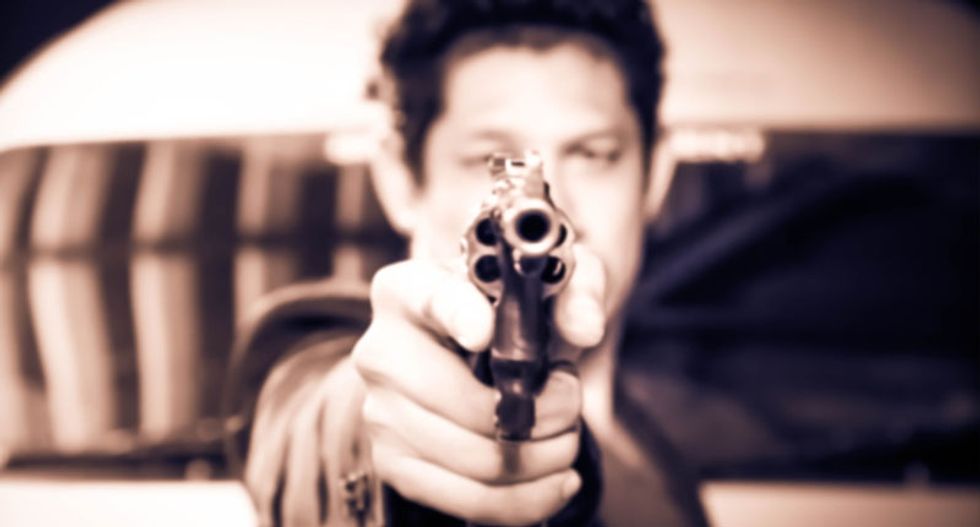 If you murder a member of the LGBT community, you are still allowed to use your own personal distaste for their sexuality as a justification for killing them in 48 states.

A new report by Vice points out that Illinois is set to become only the second state to bar discomfort with someone else's sexuality as a legitimate defense for killing them. The report notes that such defenses are rarely invoked by defense attorneys, as they are considered legally "toxic" and very rarely succeed.

That said, the report also notes that barring such defenses as allowable in a court of law has proven oddly difficult in many states, as so far only California and Illinois have been successful in getting rid of it.

"More worryingly, a handful of states besides California and Illinois that have recently tried to ban these defenses have failed — and though legislation is in progress in others, bills that haven't passed are a case study in the bureaucratic red tape that can bog down what should be all but an open-and-shut effort," Vice writes. "In 2015, lawmakers in both New Jersey and Pennsylvania introduced efforts to ban the use of panic defenses; both efforts eventually died in committee."

The while report is worth reading and can be found here.