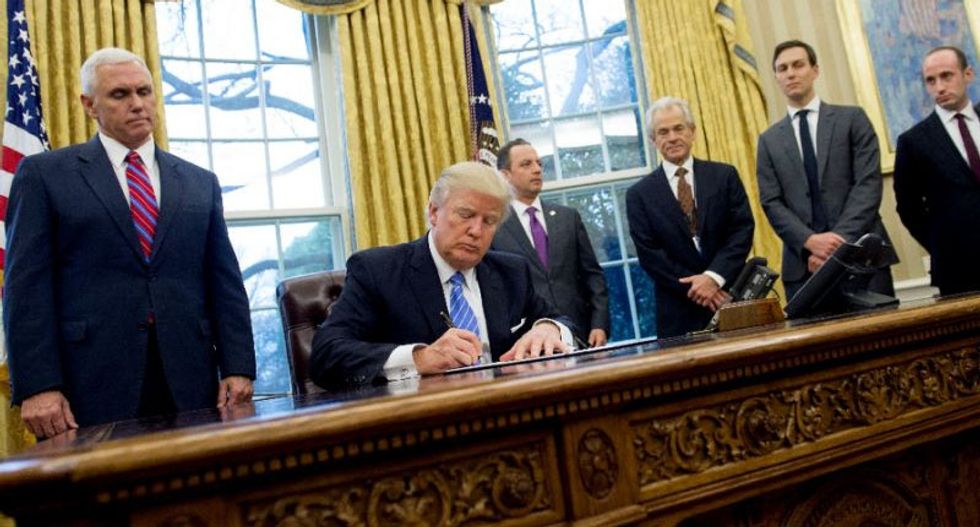 The Ninth Circuit Court of Appeals on Monday upheld an injunction against President Donald Trump’s revised travel ban. The ruling means that the executive order, which barred travel to the U.S. from six predominantly Muslim countries, will remain blocked.

The three-judge panel was predicted to strike down the ban after oral arguments were contentious. Judges Michael Hawkins, Ronald Gould and Richard Paez questioned attorneys representing both sides of Hawaii v. Trump about federal statutes and the scope of federal laws.

The oral arguments occurred nearly one month ago, but since then, Trump has tweeted out comments about the ban that were seen to make the Justice Departments defense more difficult.

"Further, the Order runs afoul of other provisions of the INA that prohibit nationality-based discrimination and require the President to follow a specific process when setting the annual cap on the admission of refugees," the published decision reads. "On these statutory bases, we affirm in large part the district court's order preliminarily enjoying Sections 2 and 6 of the Executive Order."

"Indeed, the President recently confirmed his assessment that it is the 'countries' that are inherently dangerous, rather than the 180 million individual nationals of those countries who are barred from entry under the President’s 'travel ban,'" it read.

The footnote then cited press secretary Sean Spicer saying that any of President Trump's tweets are “considered official statements by the President of the United States."

Over the weekend, Republican strategist Karl Rove warned the president that his tweets would come back to haunt him. Specifically citing the travel ban, Rove said that Trump's proposed 90-day timeline was over on Monday.

“The second executive order says its rationale for suspending visas for 90 days was that conditions in the six nations ‘present heightened threats,'” Rove explained. “The Department of Homeland Security was given 20 days to ‘conduct a worldwide review’ and determine what ‘additional information will be needed’ to vet visitors properly. Those countries would then have 50 days to ‘begin providing’ the requested information. If any refused, no visas would be issued for their citizens to enter the U.S.”

The ban will now officially head to the U.S. Supreme Court.