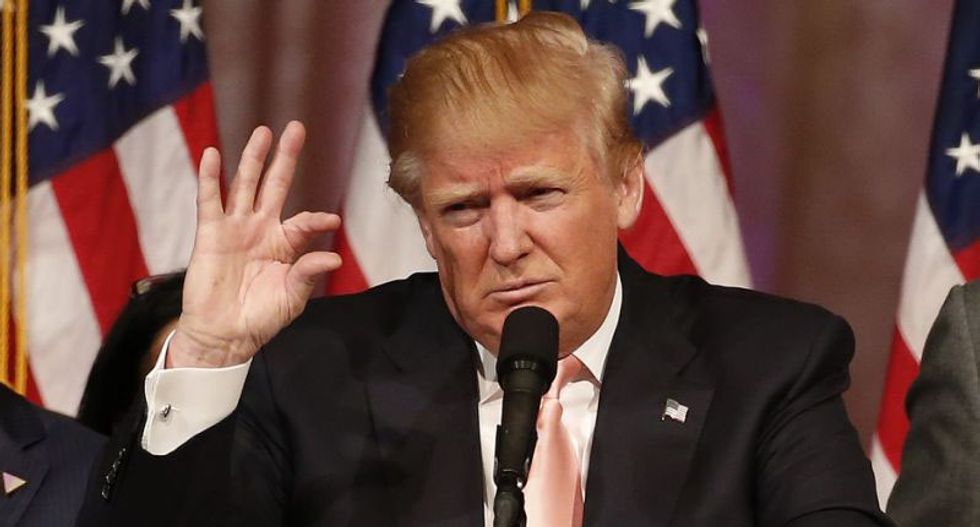 In a Tuesday op-ed, the Journal's editors excoriated the president for sending out tweets that attacked London Mayor Sadiq Khan and that undermined his own case for his proposed travel ban.

When it comes to his fight with Khan, the Journal editors were appalled that Trump would bash the London mayor less than a day after his city suffered from a deadly terrorist attack.

"World leaders who stoop to attack municipal politicians in foreign cities look small, not that we can recall a precedent," they wrote. "If Theresa May has an opinion about Bill de Blasio she’s kept it to herself, though the Prime Minister was compelled to say Mr. Khan is 'doing a good job. It’s wrong to say anything else.' In a humiliating coup de grace, the mayor’s office put out a statement saying he 'has more important things to do than respond' to Mr. Trump’s social-media insults."

Pivoting to Trump's tweets in support of his ban on travel from several Muslim majority countries, the editors wrote that Trump had undermined the case that his own lawyers at the U.S. Department of Justice had meticulously constructed to help it pass the legal muster.

In conclusion, the editors said that Trump's continued ineptitude will only scare away intelligent and qualified people from working at the White House -- and leave an administration filled with "no one but his family and the Breitbart staff."