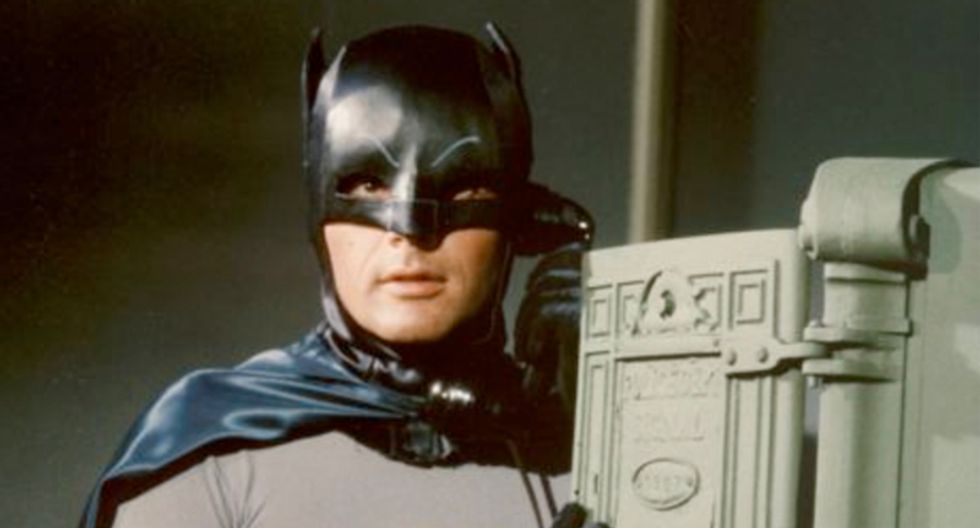 Adam West as Batman via Adamwest.com

“Our dad always saw himself as The Bright Knight and aspired to make a positive impact on his fans' lives. He was and always will be our hero,” his family said in a statement. West died peacefully in his home Friday night after a battle with leukemia, and is survived by his wife Marcelle, six children, five grandchildren and two great-grandchildren.