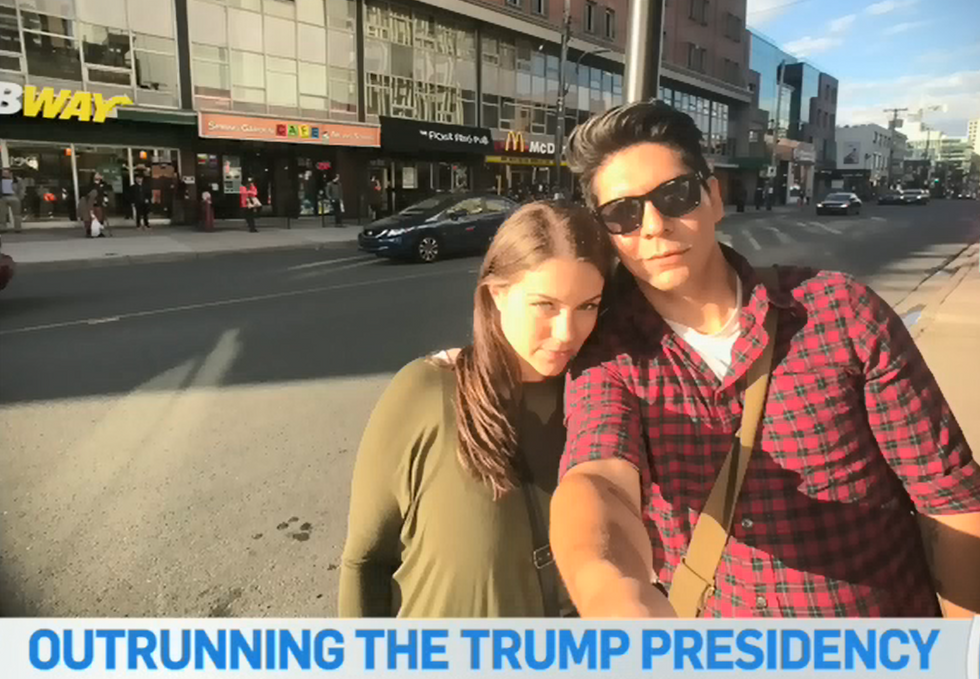 Heather and Robin Vargas, who are fleeing the Trump presidency to move to Canada (Screen cap via CTV News).

A couple from South Carolina is actually doing what many American liberals swore they'd do if Trump won the 2016 presidential election: They're fleeing the country of their birth and moving to Canada.

CTV News reports that Heather and Robin Vargas are packing up and planning on moving to the city of Halifax by the end of the year.

The couple, who hail from the city of Charleston, admit that their primary motivation for leaving the United States is to escape the rule of President Donald Trump.

"You hear the headlines every single day. It feels like we’re not really living in reality; it’s more like a reality TV show," Heather Vargas said in an interview with CTV. "So we would just like to have a better quality of life and we’re a little afraid for the future, and we thought we could find that in Canada."

The couple settled on Halifax because they wanted to stay on the East Coast -- even if it happened to be thousands of miles north of their current location.

Vargas also gushed to CTV that she and her husband have been absolutely blown away by how polite everyone in Canada has been to them.

"You guys, with the stereotype that Canadians are super-nice -- 100 percent factual," she said. "You’ve all been amazing."

Watch a CTV video interview of Vargas below.