‘An attempt to contain the shame’: CNN panel pounds Sean Spicer for off-camera defense of ‘covfefe’ 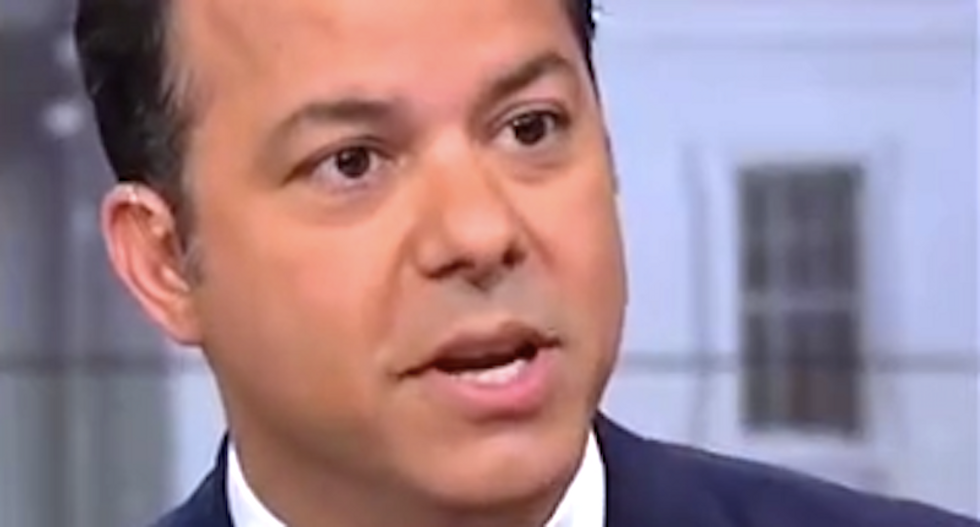 The president's "covfefe" tweet, and the White House reaction to it, offers a perfect example of the Trump administration's dysfunction, a CNN panel agreed.

President Donald Trump mystifyingly ended a tweet shortly after midnight Tuesday with the made-up word, and then tried to pass it off as a joke Wednesday morning -- but White House press secretary Sean Spicer then insisted that afternoon that the nonsensical noun had meaning.

"He looked like he was raw meat in front of hungry hyenas," said April Ryan, a White House correspondent for American Urban Radio Networks. "He looked very scared (Wednesday), and when we got to that piece, everyone, you heard everyone (laugh) in unison in that room -- again, the spin is out of control now."

She said the White House attempts at spin were so bad she wondered if the communications team even cared what they said anymore.

Spicer's press briefing was conducted on audio, with no video permitted -- and another panelist explained the likely reasoning for the limited media access.

"Let's be honest about the reasons for it," said John Avlon, editor-in-chief of The Daily Beast. "It's an attempt to contain the shame on the part of people who have to professionally spin and too often have to defend the indefensible, and they want to contain the ability for it to resonate for reasons of both personal embarrassment and catching heat from a president who watches far too much TV. That's the context."

Avlon said Spicer's attempt to pass off the president's obvious mistake as intentional was "absurd," and host Chris Cuomo said the entire episode illustrated the problems posed by Trump's sloppiness.

"It's a window into the problem of random, thoughtless tweeting when you're president of the United States," Cuomo said. "Look at the Carter Page tweet right after. He's now completely changed the White House narrative on Page."

The White House has insisted Page, an oil investor who quit the campaign in September over his ties to Russia and has fallen under FBI investigation, had no ties to Trump -- but then the president defended him on social media.

"The president changes that narrative completely -- owning Carter Page, owning this story and making him as credible as (James) Comey and (John) Brennan," Cuomo said.