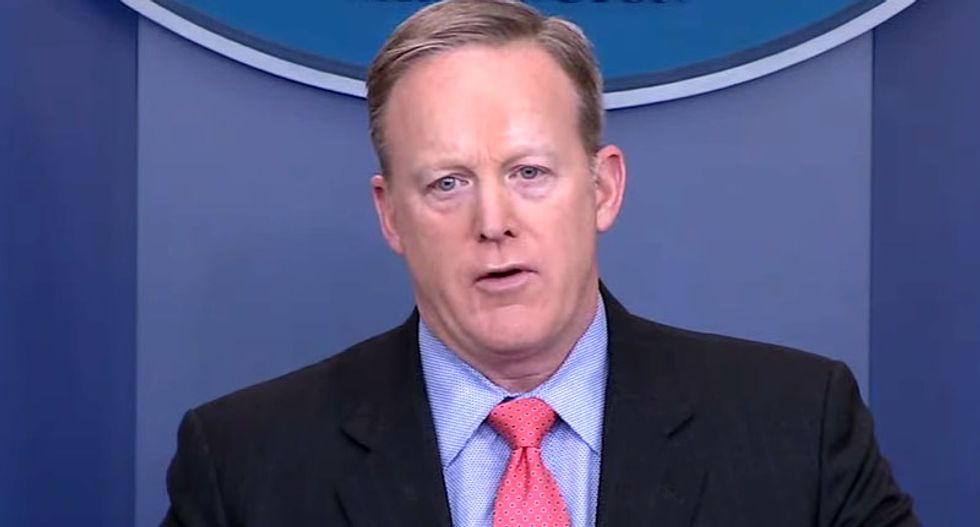 In a statement from an anonymous "White House official" on Tuesday, the Trump administration warned that leaks from anonymous sources about Syria policy are "false."

On Monday, White House Press Secretary Sean Spicer appeared to draw a red line on the Syrian regime's use of chemical weapons.

"The United States has identified potential preparations for another chemical weapons attack by the Assad regime that would likely result in the mass murder of civilians, including innocent children. The activities are similar to preparations the regime made before its April 4, 2017 chemical weapons attack," Spicer said. "As we have previously stated, the United States is in Syria to eliminate the Islamic State of Iraq and Syria. If, however, Mr. Assad conducts another mass murder attack using chemical weapons, he and his military will pay a heavy price."

But Defense officials told BuzzFeed News that they had no knowledge of a pending chemical attack in Syria and "no idea" where the intelligence came from.

On Tuesday, the Trump administration issued a statement from an anonymous "White House official" to insist that statements made by anonymous Pentagon sources were "false."

“In response to several inquiries regarding the Syria statement issued last night, we want to clarify that all relevant agencies -- including State, DoD, CIA and ODNI --were involved in the process from the beginning," the statement insisted. "Anonymous leaks to the contrary are false.”

So, wait: Huckabee Sanders said something on the record, but then they emailed it to the press corps as an anonymou… https://t.co/gf3TDXvArH
— Kyle Feldscher (@Kyle Feldscher) 1498575492.0