‘Be at war with one person at a time’: Morning Joe shreds ‘President Bannon’ for Trump's deep unpopularity 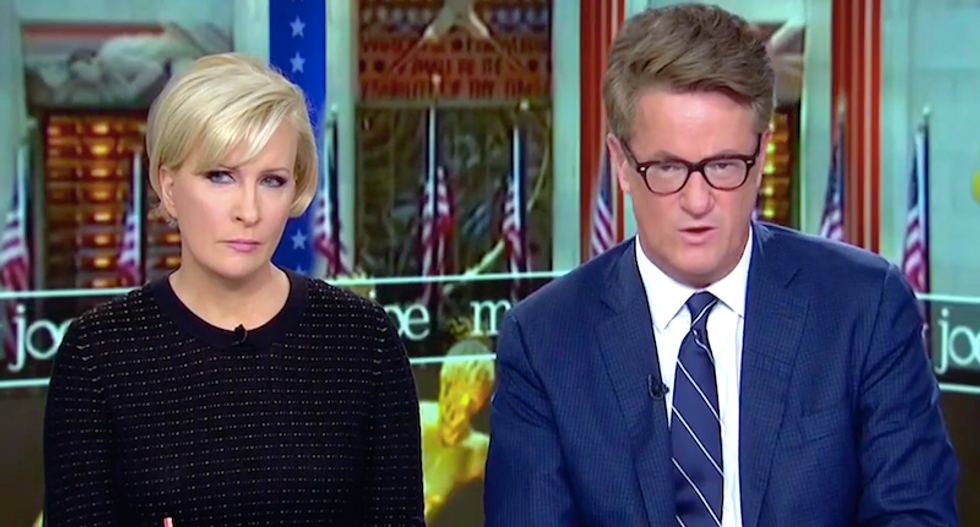 A new poll shows Trump has fallen to a new low, with just 36 percent approval, and a record high 59-percent disapproval -- and the "Morning Joe" host laid president's cratering support at the feet of his White House chief strategist.

He agreed with panelist Harold Ford that Trump can't govern successfully with those levels of support, which have begun cutting into his base.

"Steve Bannon, as long as he's preaching 'tear down everything,' the number will stay right there," Scarborough said. "It's not going to get higher -- us against the world -- if you make everybody your enemy, everybody makes you their enemy. It's that simple."

Scarborough, a former Republican congressman, reminded viewers that politics was a "friend-making business," and he explained how he tried to pursue those relationships during his time as a lawmaker.

"You build bridges," Scarborough said. "People would say horrible things about me. I would go down and sit down with them. 'What do you need? What's your problem? Let's talk through it.' (But) they're at war with everybody. I had a rule in my office, you guys want to be at war with somebody, we can be at war with one person at a time. We do one front wars, and then they would come and say, 'Now we need to fight so-and-so.' Okay -- is going into that second battle and having two people shooting at us instead of one worth giving up the first battle?"