Bill Cosby's spokesperson taunts victims' attorneys after mistrial: They 'should go back to law school' 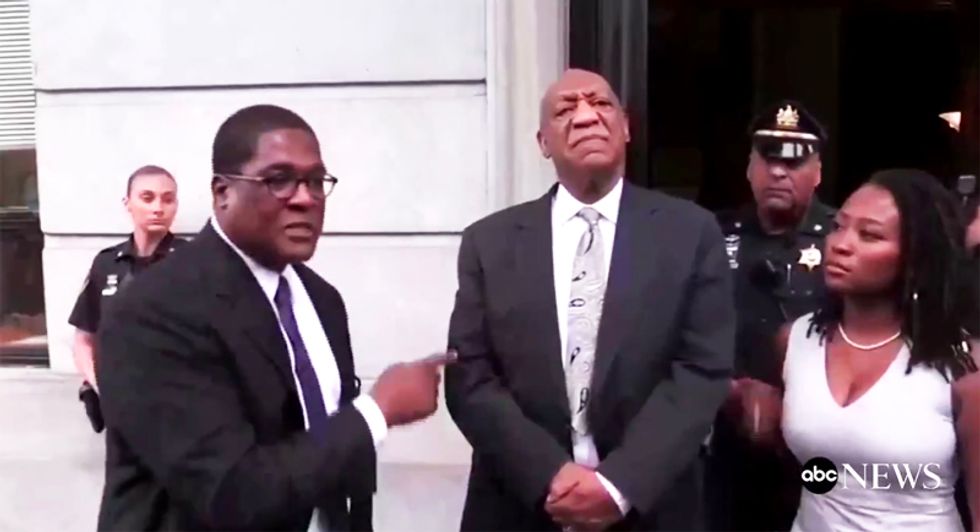 Speaking outside the courtroom where a judge ruled a mistrial in the sexual assault case against Bill Cosby, a spokesperson for the comedian took some shots at the attorneys representing the victims.

Playing to the cameras, Andrew Wyatt repeated over and over that the embattled Cosby "has the power," before stating the attorneys need to go "back to law school and take another class."