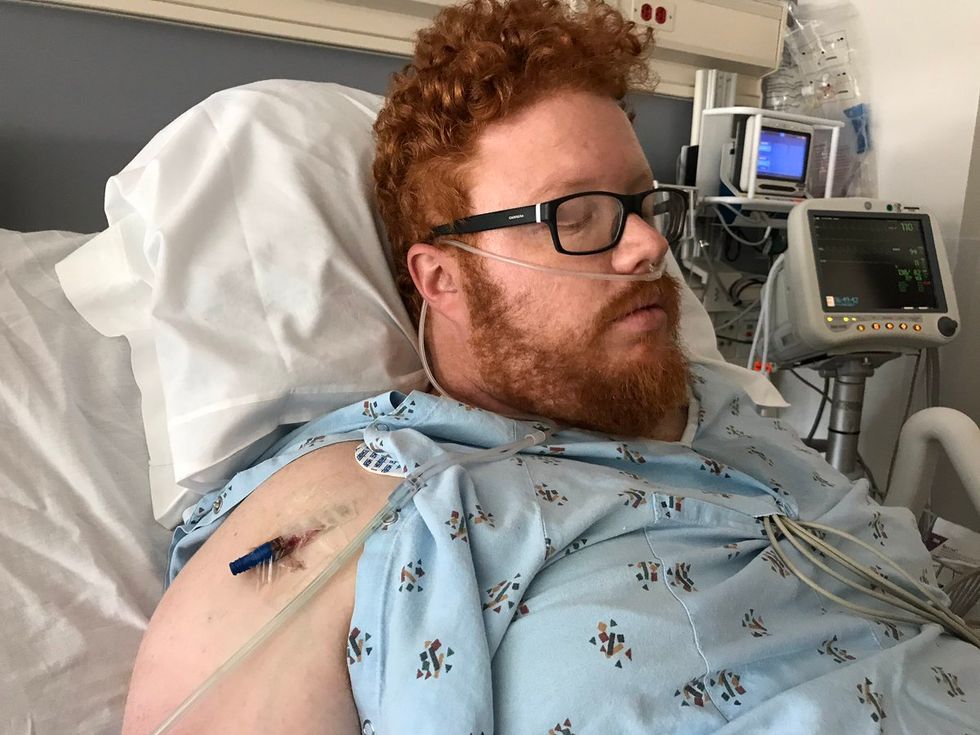 Antonio Foreman, a bodyguard who was hospitalized after being stabbed nine times (Twitter photo).

A man who serves as a bodyguard for a notorious white nationalist has been hospitalized after being stabbed nine times by two assailants following a pro-Trump rally.

The Los Angeles Times reports that Antonio Foreman, the bodyguard for white nationalist internet personality Tim "@BakedAlaska" Gionet, was stabbed by two men named Edgar Khodzhafaryan, 30, and Arsen Bekverdyan, 31, this past Saturday night after getting into a verbal altercation with them.

Lt. Saul Rodriguez, a Santa Monica police spokesman, tells the Los Angeles Times that his department believes Foreman was stabbed due to the argument he was having with the two men in the parking lot, and not due to racial or political animus.

Despite this, however, Gionet is insisting that Foreman was targeted for being white, and on the crowdfunding page set up to help Foreman pay his medical bills similarly claims that he was "stabbed 9 times for being white in Los Angeles."

Even though Foreman is a professional bodyguard, he apparently lacks health insurance, which is why his friends are trying to raise $125,000 to pay for his treatment.

In addition to being Gionet's bodyguard, Foreman is also a member of the Oath Keepers, a right-wing militia group whose founder says that armed vigilantes are needed to defend America from "Marxists" on the streets of American cities.