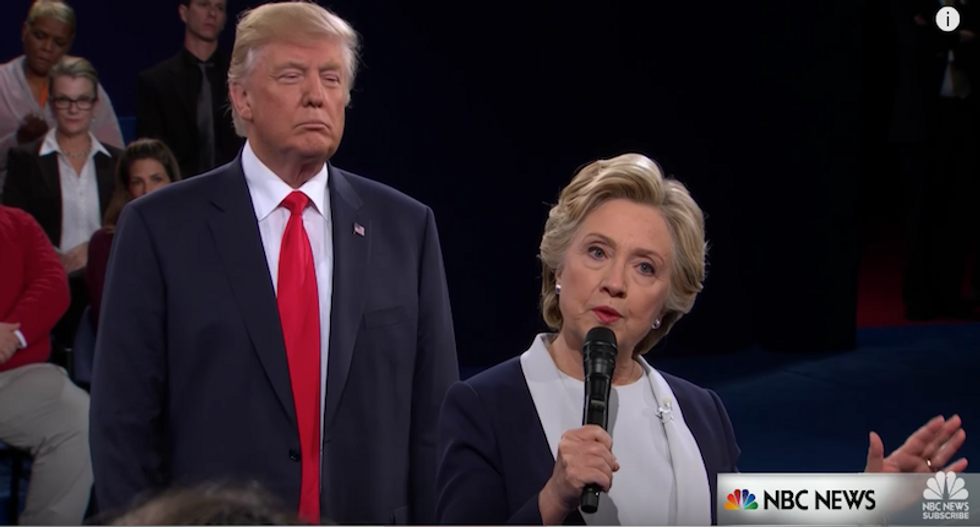 The leaked NSA document showing Russian hackers targeted U.S. voting systems and elections officials confirmed their intention to meddle in the presidential contest -- but those efforts were aimed at undermining a Hillary Clinton presidency.

Clint Watts, a former FBI Special Agent who is now a senior fellow at the Foreign Policy Research Institute, published a column at The Daily Beast showing that the Kremlin hoped to sow mistrust about Clinton's legitimacy as polls began to predict she would win over Donald Trump.

"To the disappointment of Trump’s biggest haters, the NSA leak provides no evidence that Russia changed any votes," Watts said. "And that makes sense, as Russian altering of the tally in favor of their preferred candidate Donald Trump would be sufficient justification for war — one Russia would lose against the U.S."

Instead, the Kremlin attempted to discredit Clinton through the strategic leaks of hacked emails while promoting "active measures" aimed at Trump voters after the real estate developer and former reality TV star won the Republican nomination.

Even as effectively as those themes entered the U.S. political discourse, polls suggested Trump was still likely to lose to Clinton -- so Russia changed its tactics by promoting the idea of voter fraud and rigged elections -- which Trump frequently repeated on the campaign trail.

"If Putin couldn’t get his preferred choice into the White House, he wanted to discredit Clinton and degrade the authenticity of democracy such that Americans believed their votes didn’t count and the Democrats framed the election," Watts said. "Then-candidate Trump echoed these allegations repeatedly and so frequently that when he did win in November, his rhetoric in many ways brought doubt to the authenticity of his own victory."

"By the Kremlin’s calculations, if Clinton won, Trump’s supporters’ outrage would then undermine Clinton’s mandate to govern, create chaos amongst political partisans and might even mobilize anti-government and alternative right groups that saw Trump as their savior," Watts said.