Carl Bernstein shreds Trump hypocrisy: Trump's 'been a leaker for all of his professional life' 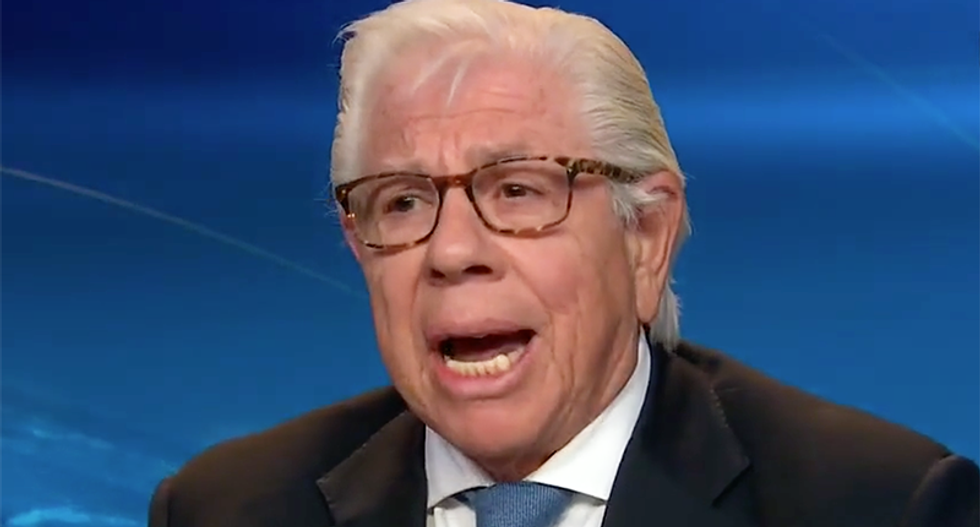 President Donald Trump would like to call former FBI Director James Comey a "leaker." However, veteran journalist Carl Bernstein thinks that if he's going by that definition, Trump is the biggest leaker of them all.

"He's trying to discredit Comey, he's trying to rouse his base as he did at the Faith Initiative Conference yesterday," Bernstein said. "He's somebody that's worried about what's down the road later rather than now."

Bernstein went on to say that Trump is trying to counter-punch and try to discredit Comey with the Trump base.

"So he's gone to the question, 'Comey is a leaker,' thinking that is going to discredit him, particularly with his own base, when in fact Donald Trump is a leaker," Bernstein said. "He's been a leaker for all of his professional life, he's even leaked by falsely impersonating himself under another name. So this is a big game in which the president and the people around him know that he has been damaged, that these investigations are closing in on him and right now he wants to the weight of his followers behind him and he wants to keep them in place so Republicans on the Hill don't abandon him."

"Right now what is clear to those of us who have studied this White House is that Donald Trump is engaged in a scorched-earth battle against James Comey and he's playing to his base for all its worth," Bernstein also said.