Cash is king in religion -- so churches are installing ATM's 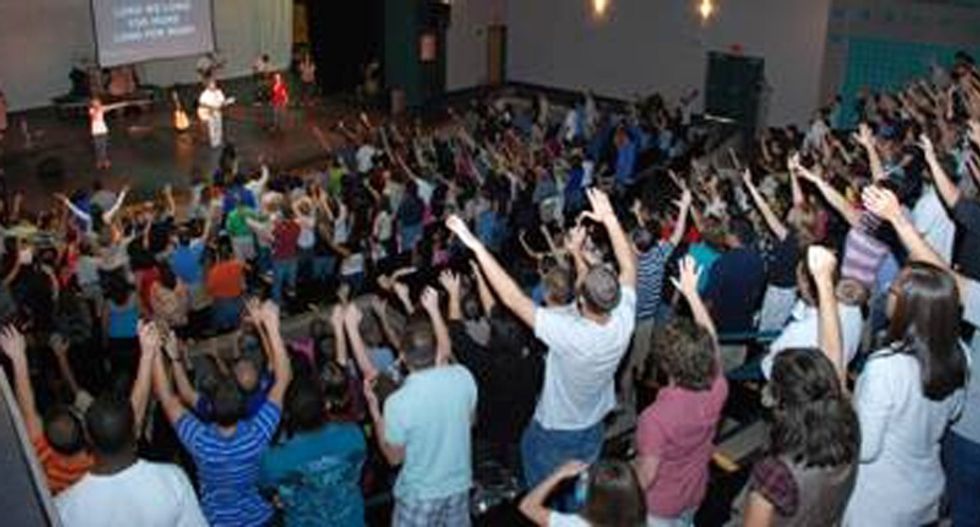 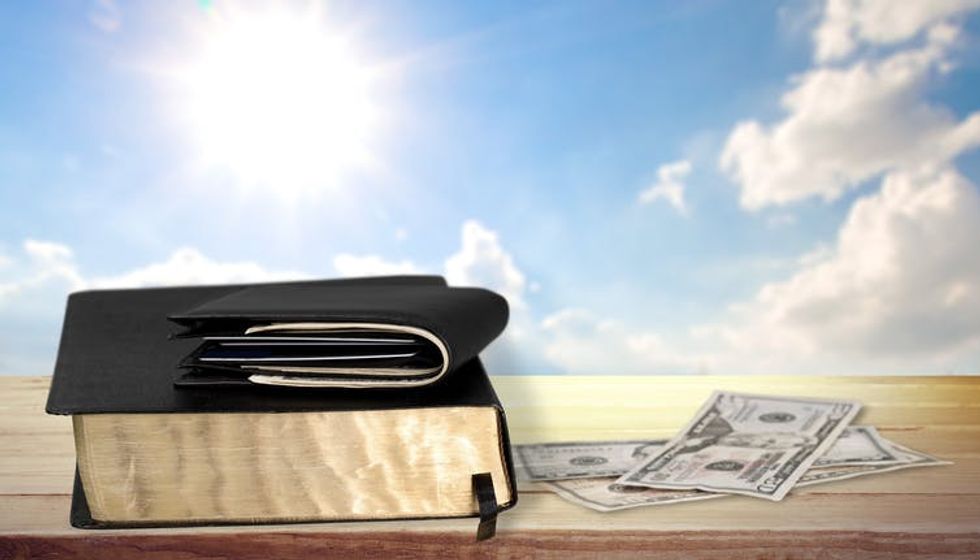 Why do people need cash in churches?

On Tuesday, June 27, it will be 50 years since the first automated cash dispenser – which came to be known as an automated teller machine (ATM) – was inaugurated in London.

Just thinking about it brings a smile to my face. I belong to the generation who stood 45 minutes to an hour to deposit or cash checks in the pre-ATM era. I remember getting yelled at for taking my bicycle through the drive-up line at the National Bank of Detroit to avoid the much longer line inside. It did not take me very long to become an early adopter of the magical cards and 24-hour banking.

Later, in my work as a historian of American religion, I extensively studied the role money has played in religious life. In my book, “In Pursuit of the Almighty’s Dollar: A History of Money and American Protestantism,” I retold the American history of the nation’s largest religious stream in terms of the search for money to pay for religious ministries and the purposes for which churches spent the money they collected.

So, what impact did ATMs have on church life?

Giving to the church

Fundamentally, the legal separation of church and state in the late 18th and early 19th centuries in the United States did more than simply assure freedom of religion – it privatized what until then in Europe had been a public good and provided funding under the auspices of the state. In the U.S., religious leaders and their ministries had to increasingly depend on voluntary donations and to appeal ever more strenuously for those gifts.

Over the 19th century, various church support schemes were tried and abandoned. What in Europe had been a discreet offering with alms boxes kept at the back of the church (alms for the poor) became a central ritual activity in America. In most American weekly church services, offering plates were passed around to finance all of church activities. As giving became very public, one of the features of the weekly offering was, of course, that all gathered could see who was giving, if not how much.

Once the age of plastic money arrived, all of this ritual and financial necessity in American churches was jeopardized. ATMs began appearing in churches, providing a way for people to come up with the ready cash to give to God and their church. 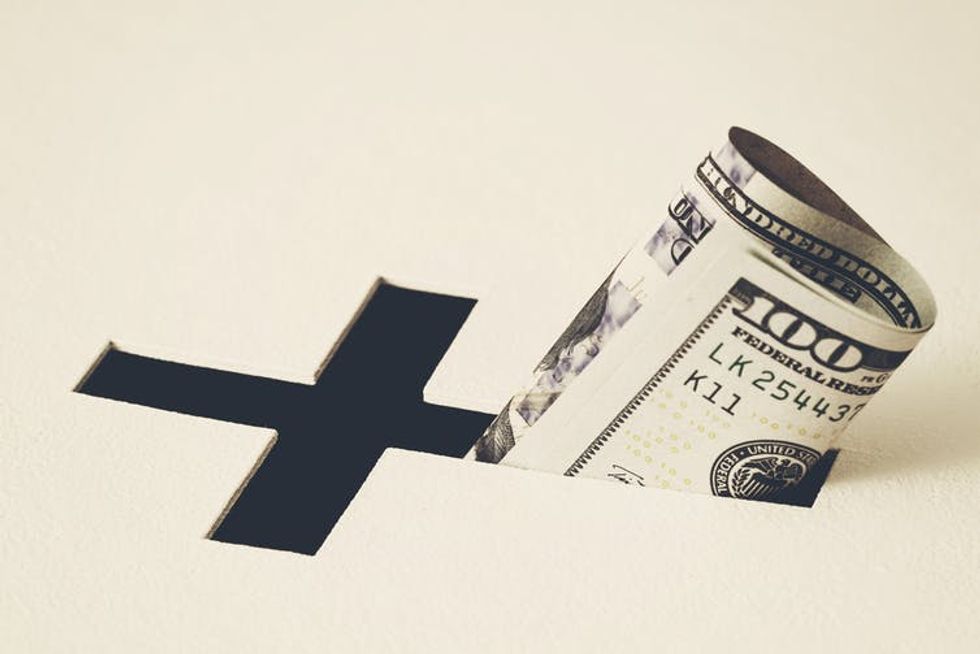 There are social and moral dimensions to money.

So, why did people need cash in the first place? To answer this question, it is important to first understand the nature of cash in context of religious life.

The German sociologist Georges Simmel famously noted that the essential, almost magical quality of money is that it is fungible – that is, it is exchangeable or replaceable. Individuals can use the same US$100 to buy drugs, feed a frugal family for a week, buy a designer scarf or give it to God in an offering plate.

Indeed, as we know only too well, money is a universal currency to purchase things of incommensurate worth. However, as sociologist Viviana Zelizer explains in her memorable book, “The Social Meaning of Money: Pin Money, Paychecks, Poor Relief, and Other Currencies,” not all money is the same – there are social and moral dimensions to money that are frankly surprising.

To illustrate, Zelizer narrates the striking example of Marty, a 1950s Philadelphia gang member who would donate to the church only the 25 cents that he got from his mother – not money from robberies. When asked, Marty provided a clear distinction between different sets of money. He said,

“Oh, no, that is bad money; that is not honest money.”

But the money he got from his mother was earned through hard work so “he could offer it to God.” Marty is the kind of person who, when asked, “Who would know? would reply, "God would.” The point is, not all dollars are equal – individuals have some strong ideas about clean and dirty money, or just appropriate and inappropriate money.

Here is where ATMs come into the story.

Donations in the age of ATMs

Automated teller machines started to make their first appearance in the lobbies of evangelical churches just over a dozen years ago. It was important for churches to have something to put into the collection plate, and it was important that it be cash that people actually possessed – not a promise to pay someday on their credit card accounts. Thus, the ATM allowed evangelicals who didn’t carry a checkbook or a wallet full of cash not to be embarrassed when the offering plates or baskets came around. 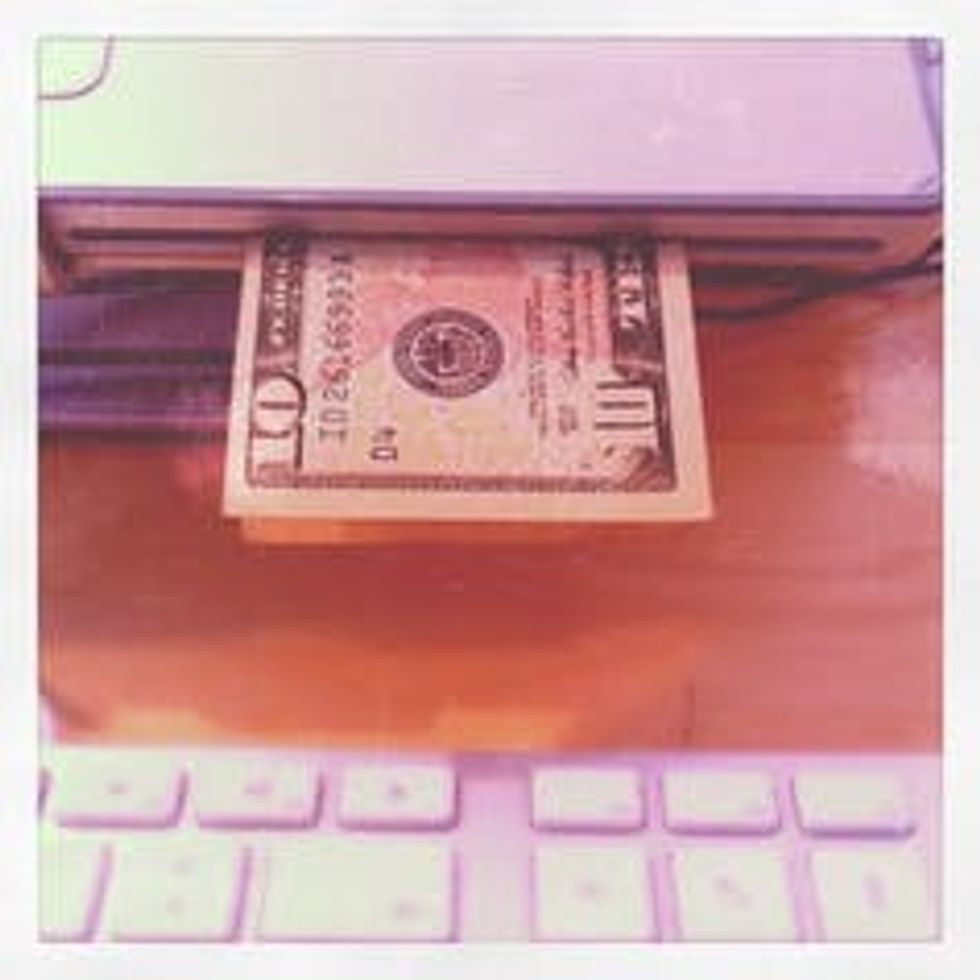 ATMs began to appear in churches to increase donations.

Marty Baker, pastor of the Stevens Creek Church in Augusta, Georgia, was widely credited as the first to install two ATMs in the church lobby in 2005. The first year the donations produced $100,000. They more than doubled by the next year to more than $200,000. He was so successful in increasing giving by making cash available (up 18 percent over pre-ATM machine levels) that he took it one step further, by introducing the “automatic tithing machine” that took cash out of the giver’s account and deposited it directly into the church’s coffers. This new ATM was beginning to virtualize the all-important collection. Some users responded by placing their receipts in the plate at the appropriate time in the service.

The tithe, of course, refers to the tenth of one’s income conservative Protestants are largely taught to pay to the church in gratitude for what God has done. It is a sacred obligation, and the cash money is a serious matter.

There are two interesting dimensions of this appearance of ATMs and churches to consider. One is the strong affinity between cash and conservative evangelicals. For many evangelicals debt is a form of bondage – a message conveyed through conservative radio financial guru Dave Ramsey’s Financial Peace University to tens of millions of his followers on AM radio each week in his call-in programs. Ramsey teaches how to “dump debt, budget, build wealth and give like never before!” The building of wealth is a corollary to eschewing debt and it makes Christians free, in Ramsey’s view to be godly.

The point is, money isn’t just a fungible means to various ends, it is sacred to these believers.

In cash we trust

The second dimension for consideration in the appearance of ATMs in the lobbies of evangelical churches is that they signaled something by their very presence: America was in fact becoming a cashless society. The debit card that people carried in their wallet could be just as good as cash anywhere else, but in the sanctuary, cash was the appropriate offering.

So as in the ancient world where Jews from all over the world exchanged their secular coins in the Court of the Gentiles in Jerusalem’s Second Temple for coins with no image on them that they could use inside to make various offerings and purchase sacrifices, today’s believers also needed to make an exchange.

Those ancient believers were obeying the Second Commandment (“Thou shalt make no graven images,” Exodus 20:4–6). American Christians were, by contrast, partial to greenbacks with the words, “In God We Trust” on them.

Who would’ve guessed 50 years ago when the automatic teller machine was invented that this modern human financial interface would also play a part in the interface between human beings and their God?