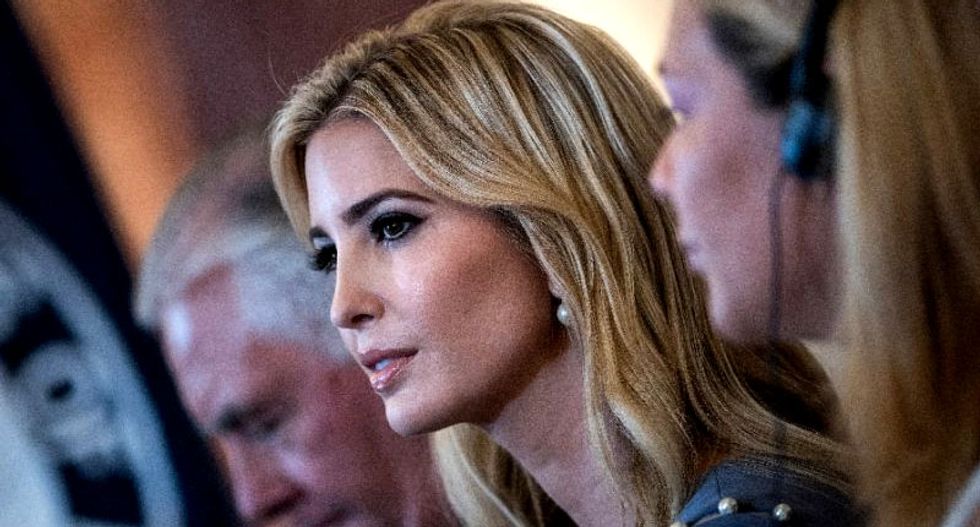 Three activists who were detained last month while investigating working conditions at a Chinese factory making Ivanka Trump-branded shoes have been released on bail pending a trial, their non-governmental organisation said Wednesday.

Su Heng, Li Zhao and Hua Haifeng, who were working on behalf of New York City-based China Labor Watch (CLW), were investigating two plants owned by footwear producer Huajian Group when they were detained by police.

China said that they were being investigated on suspicion of using "spying and other monitoring equipment" while a Chinese media report cited police as saying the men had confessed to using recording devices hidden inside watches to steal "business secrets" from the factories.

Amnesty International said the men were likely taken into custody to prevent the publication of potentially "embarrassing information" about a supplier connected to US President Donald Trump's daughter.

Qiang Li, CLW director, told AFP on Wednesday the activists had informed him that "they had been released on bail for a period of one year", without providing further details.

The United States had urged Chinese authorities to release the men immediately.

"It is very rare to see defenders of the rights of workers released on bail," Patrick Poon, China researcher at Amnesty International, told AFP.

"It might be due to international pressure and the nature of the case that they are released on bail," he said, adding, "we also hope that they will be given a fair trial".

The two factories under investigation by the activists were in the city of Dongguan in the southern province of Guangdong, and Ganzhou in neighbouring Jiangxi province.

They discovered that employees were forced to work overtime while being paid less than the minimum wage, according to CLW director Li, who has alleged that the factory issued fake pay slips that showed wages greater than the workers' actual compensation.

A spokesman for the company told AFP in October that it had made about 100,000 pairs of Ivanka Trump-branded shoes over the years.