CNN's Acosta slams Trump: He attacks Cuba but is soft on places where they 'chop people's heads off' 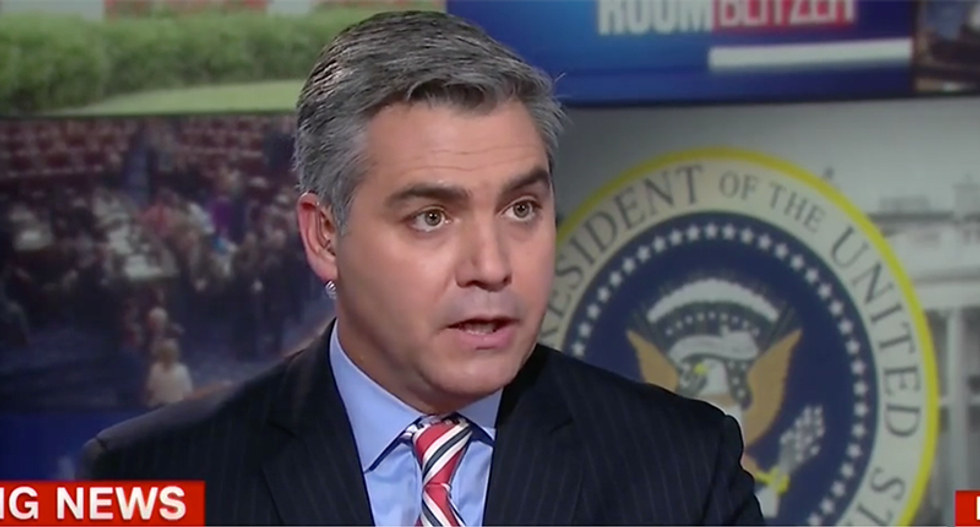 CNN's Jim Acosta warned that President Donald Trump seems to be trying to bring about another Cold War with Cuba.

Trump announced Friday that he would be rolling back former President Barack Obama's deal with Cuba to end the decades-old embargo. He went further to call the agreement a “terrible and misguided deal."

“We will not be silent in the face of communist oppression any longer,” Trump told a crowd in Miami.

"More importantly, besides the minutia of this policy, he's ushering a return to the Cold War between Washington and Havana," Acosta said. "He made that very clear in this speech, going after the Castro regime time and again accusing the government in Havana of rounding up innocent people, putting them behind bars purely for political reasons."

Acosta noted that Trump used 1950s-style rhetoric, addressing firing squads, the sounds of gunshots in the air and the ocean breeze in Havana.

"That is the kind of cold war rhetoric we have heard for decades between the United States and Cuba," Acosta said.

"He's leaving the embassies open," Acosta said. "People are still going to be able to travel from the United States and Cuba. They are not going to be able to do it as much individually but through groups. You and I both know, having covered this issue for some time, and get around the policy if we were to return to one of banning people from bringing back cigars and rum."

Acosta said that a lot of what Trump was doing today was nothing more than symbolic.

"But preventing U.S. companies from doing business with the U.S. military, that does have a potential to also chill some of the tourism development in Cuba because so much of it is run through a company that is essentially an outreach of the Cuban military," he said.

But when it comes to Trump's refusal of doing business with Cuban for human rights reasons, Acosta said that it sounds hypocritical, because Trump is willing to do it with others.

"We have to call them like we see them here," he continued. "When the president talks about human rights and abuses and that sort of thing of people, he just came back from a foreign trip in Saudi Arabia where they still chop people's heads off. There is selective outrage here when it comes to human rights and this Cuban-American community down here in Miami is still vitally important and you'll talk to Cuban-Americans who will say this is not a monolithic community. Not everyone here is in favor of the full reversal Obama policy. A total reversal of this policy would even outrage some of the hard-liners in this crowd."

Trump ‘ushering in a return to The Cold War... by sarahburris