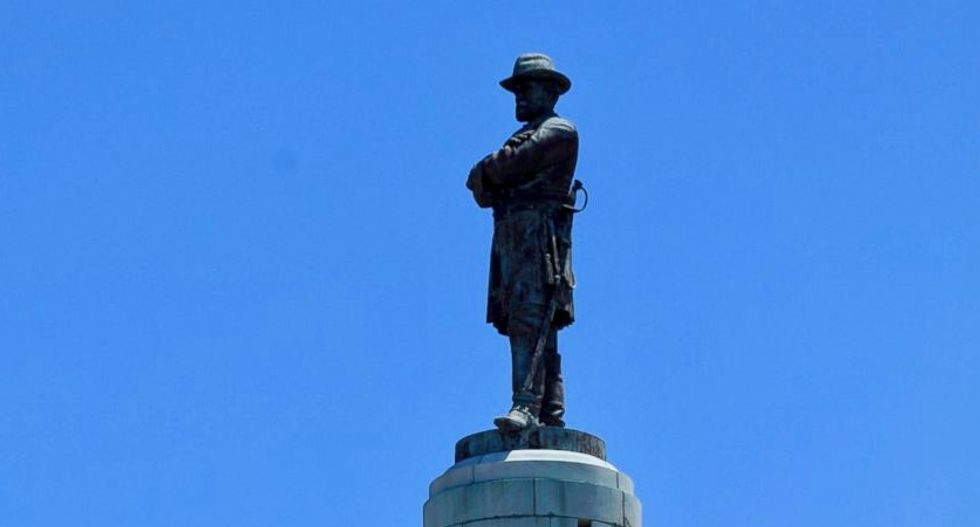 The city of New Orleans just took down a massive statue to Confederate General Robert E Lee that bestrode its skyline for well over a century.

Surrounded by the World War II Museum and Martin Luther King Boulevard, Lee’s statue dominated the local landscape until Mayor Mitch Landrieu made good on his promise to drag it down. In the Washington Post’s words, that put an end to a relic “publicly honouring a man who embodied Southern pride and racial oppression”.

The Southern Poverty Law Center estimates that over 1,500 such monuments and schools commemorate the Confederate side in the Civil War, littering Southern states. (Full disclosure: one of my ancestors was a doctor on that side of the war; I am opposed to what the Confederacy stood for then and how it is valorised today.)

The last year has seen a very significant struggle over the past, present and future of these objects and names, led locally by the Take ‘Em Down NOLA social movement of African Americans and their supporters. It culminated with New Orleans’ decision to remove four major “pale male” monuments.

Taking those statues down attracted the ire of assorted white supremacists. Opponents from across the American South gathered to hear their leaders invoke whiteness as part of who they were and what they believed in. Some protesters abjured such talk, but nevertheless regarded the Reconstruction period after the Civil War with horror and view today’s anti-monument activism as a Marxist assault on the South’s heritage that must be resisted at all costs.

These insults, as they see them, took place in the poignant month of May. For while the left around the world celebrates labour on the first of that month, these people call it “Confederate Memorial Day” – part of what they regard with pride as the “Cult of the Lost Cause”. As recently as 1991, the statue of Lee had been placed on the National Register of Historic Places, and plans to remove it led to a court appeal that only concluded in March.

These white supremacists and Confederate apologists came ready to do battle. One contractor hired to remove the statue had his car set on fire, and the job was finally accomplished by masked contractors who wore bulletproof vests and were protected by snipers. One Mississippi politician said over the weekend that politicians responsible for taking down the monuments should be lynched. 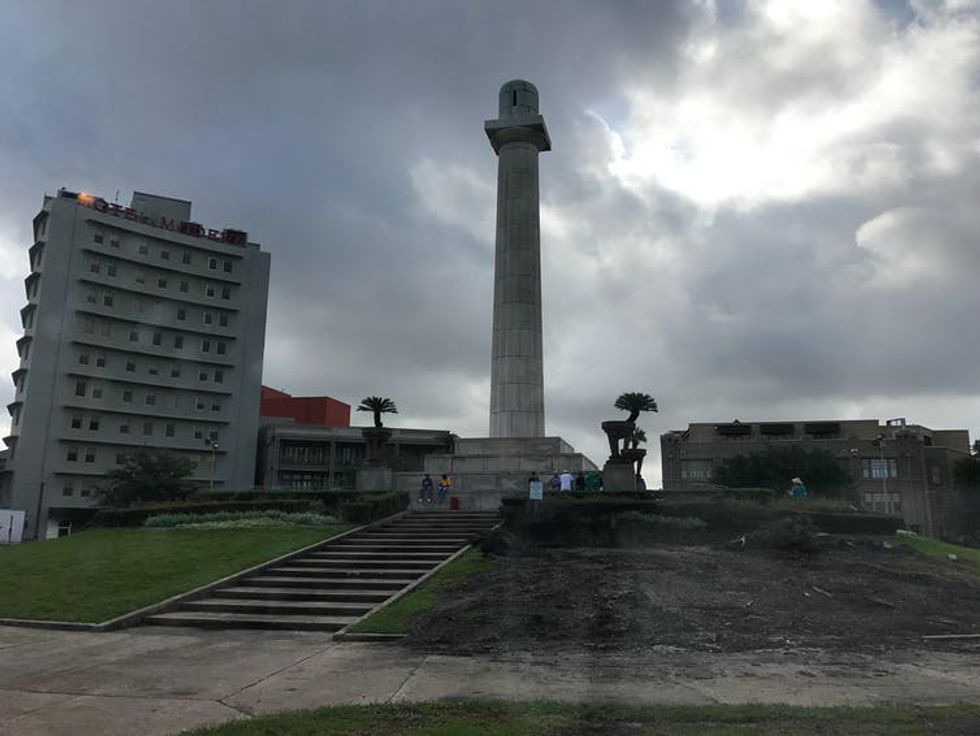 The memorial without Lee, casting a slightly less long shadow over New Orleans.

The backdrop to the long shadow cast until recently from Lee Circle is the reassertion of white supremacy after the period of Reconstruction, the enactment of Jim Crow laws to disenfranchise free African Americans, ongoing terrorism against the black community, and Southern whites switching party loyalty from the Democratic Party to the Republicans. This was achieved via Richard Nixon’s Southern Strategy in 1968, progressing through Ronald Reagan’s Sun Belt victory of 1980 and culminating – one hopes – in Donald Trump’s election in 2016.

Originally the party of Abraham Lincoln, the Republican Party’s turn against civil rights used (Southern) states’ rights as a coded rallying cry for white supremacy. That cry is both made and heard by white people, many without means, who are seeing the demography and elite of US society shifting beyond their ken and control. They have been taught that a supposed racial superiority can compensate for de-industrialisation and cultural change.

Lesser conflicts over the commemoration of slavery are occurring elsewhere in the US, too. That shows how incomplete the project of Reconstruction was, how far the US must travel towards fulfilling civil rights goals, and how central the idea of white supremacy is to the collective identity of those who deem themselves central to the national narrative, yet damned and excluded by what should be “their” institutions.

For the vast majority of African Americans, and many others, these monuments commemorate slavery. They are reminders of a past that many feel has been neither fully rejected nor transcended. New Orleans was the country’s principal entrepôt for slaves, dispatched from there to lives of unspeakable mistreatment and exploitation across the South. Today, the city can embrace its multicultural past and present, and slough off any and all celebration of the horrors that still colour race relations in this beautiful yet benighted society.

The terrorism of slavery and Jim Crow are not matters for celebration, but recognition and struggle. And until the Republican Party acknowledges its role in perpetuating racial injustice, that terrorism will continue.

Toby Miller, Director of the Institute for Media and Creative Industries, Loughborough University