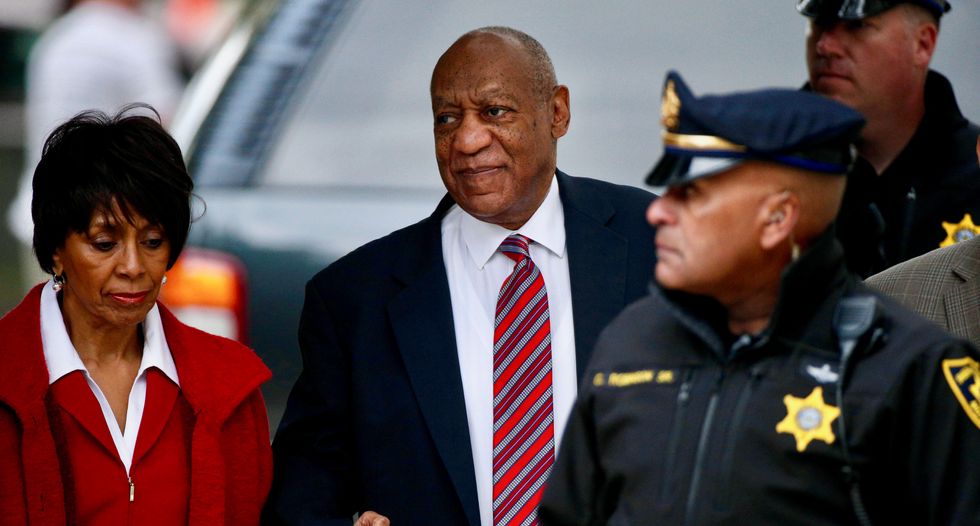 Jurors at Bill Cosby's sexual assault trial on Friday saw the entertainer's own sworn statements that he gave young women sedatives before engaging in sexual activity with them.

Pennsylvania prosecutors completed their case against Cosby after five days of testimony aimed at portraying the comedian as a serial predator.

The trial was set to resume on Monday with the defense's case. Cosby, 79, previously said he does not expect to testify, though his spokesman Andrew Wyatt said that could still change.

The jury in Norristown, Pennsylvania, saw excerpts from a deposition Cosby gave more than a decade ago in which he acknowledged obtaining seven prescriptions for the sedative Quaalude in the 1970s so he could give them to women.

"Was it in your mind that you were going to use these Quaaludes for young women that you wanted to have sex with?" Cosby was asked.

"Yes," he answered, though he denied ever doing so without their knowledge. Cosby said he avoided taking the drug himself so as not to become "sleepy."

Cosby is charged with drugging and sexually assaulting Andrea Constand, a former administrator at Cosby's alma mater, Temple University, at his Philadelphia-area home in 2004.

Constand has said Cosby suggested that the pills, which she said left her barely conscious and unable to resist, were herbal.

Dozens of women have leveled similar accusations against the star of the 1980s television comedy "The Cosby Show." All but Constand's are too old to support criminal charges.

Cosby has denied all the allegations.

The prosecution's key witnesses, Constand and another accuser, Kelly Johnson, testified that Cosby gave them unidentified pills to help them "relax."

Together with Cosby's admissions regarding the sedatives, prosecutors hope the jury will conclude that Cosby employed a familiar pattern with Constand: offering mentorship to a younger woman and then using drugs to facilitate a sexual assault.

In depositions taken during Constand's civil lawsuit in 2005 and 2006 and presented at trial on Friday, Cosby said he gave her Benadryl before they engaged in what he described as consensual sexual conduct.

Defense lawyers have focused on discrepancies in Constand's and Johnson's accounts. They have also emphasized that Constand maintained frequent contact with Cosby following the incident, which Constand has said was necessary for her job.

Prosecutors on Friday called a psychologist, Veronique Valliere, to explain why sexual trauma victims sometimes have trouble recalling details and act in ways that can appear illogical.

But Cosby lawyer Brian McMonagle showed jurors a Facebook post after Cosby's case was bound over for trial in which Valliere wrote, "Victory! The case goes on."

"You're biased in this case, aren't you?" McMonagle said.

"I don't think so," Valliere replied.