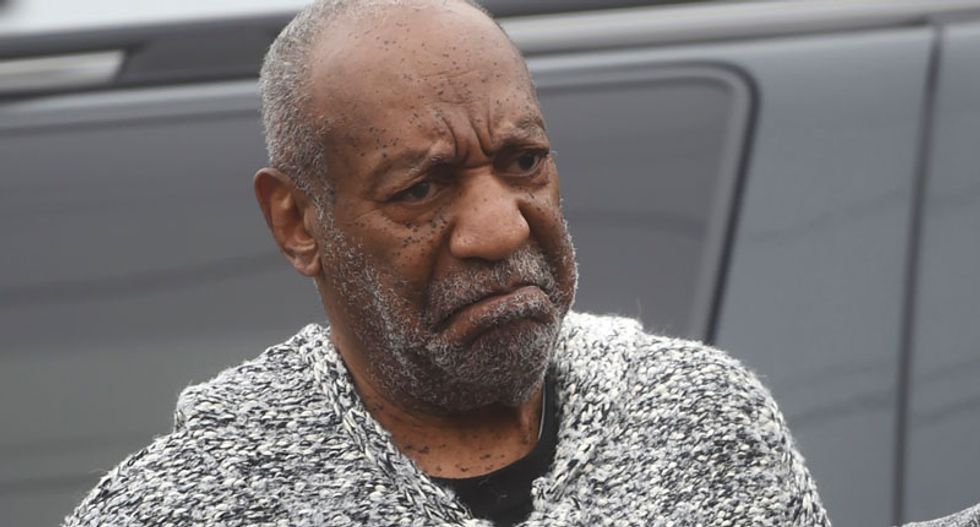 Actor and comedian Bill Cosby (C) arrives for his arraignment on sexual assault charges at the Montgomery County Courthouse in Elkins Park, Pennsylvania December 30, 2015. Cosby was charged on Wednesday with sexually assaulting a woman in 2004 after plying her with drugs and alcohol, marking the first criminal case against a once-beloved performer whose father-figure persona was already left tattered by dozens of misconduct allegations. REUTERS/Mark Makela

Comedian Bill Cosby will face a civil trial in July 2018 for sexual assault over an alleged incident at the Playboy Mansion more than four decades ago, a California judge ruled on Tuesday.

Judy Huth has accused Cosby, 79, of giving her alcohol and then sexually abusing her around 1974 when she was 15 years old at the Los Angeles mansion famed for hedonistic parties.

Cosby is already scheduled to face a separate civil trial in June 2018 in a lawsuit filed by Chloe Goins, a former model who has accused Cosby of drugging and sexually assaulting her at the mansion in 2008.

Tuesday's court hearing in Los Angeles Superior Court took place less than two weeks after Cosby's criminal trial for sexual assault in Pennsylvania ended in a mistrial, when a jury failed to reach a unanimous verdict.

Cosby, once known as "America's dad" for his beloved role as Heathcliff Huxtable in the 1980s television comedy "The Cosby Show," has seen his reputation destroyed by sexual assault allegations from approximately 60 women.

Only one accusation has led to criminal charges, and Pennsylvania prosecutors have said they will retry Cosby within months. Meanwhile, 10 women are pursuing either sexual assault or defamation lawsuits against Cosby, including Huth.

The case has been partially delayed by Cosby's criminal charges. He gave one deposition in Huth's case, but a second planned deposition has been put on hold until the criminal case is resolved.

Last week, Cosby's spokesman said the entertainer was planning a series of free public seminars to educate young men about how to avoid false accusations of sexual assault.

A lawyer for Cosby, Angela Agrusa, told reporters at the courthouse on Tuesday that there was a "lot of miscommunication" about what he planned to do.

"He wants to perform again, to recapture his passion, which is to continue performing," Agrusa said, but added that she did not expect Cosby to do so at this time.

Huth's lawyer Gloria Allred, known for taking high-profile cases, said she would set up a parallel speaking tour in the same cities to discuss sexual assault if Cosby went ahead with the seminars.

"I know that there are many, many accusers that are upset at the suggestions that there might be a town hall," said Allred, who represents 33 Cosby accusers.