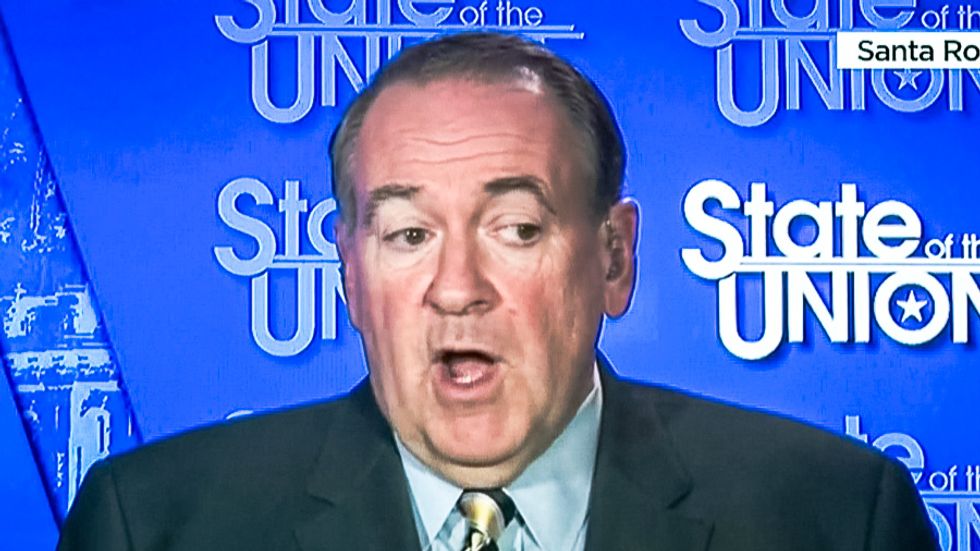 Residents from Nebraska to Oklahoma received a mailer this week that reads, "If you received one or more telephone calls that used the recorded voice of Mike Huckabee to deliver a message as part of a campaign for the movie Last Ounce of Courage, you may be a class member in a class action lawsuit."

The suit was originally filed by Dorit and Ron Golan in 2014 alleging that 4 million automated calls using Huckabee's voice were made to promote "Last Ounce of Courage" -- which was released straight to DVD and has a zero percent rating at Rotten Tomatoes, the online movie review site.

The couple's lawsuit charges that the calls were a violation of the 1991 Telephone Consumer Protection Act, which stipulates that unsolicited messages with commercial content via telephone are illegal.

"Huckabee himself was originally listed as a defendant but was later removed from the case, according to a memorandum from United States District Judge E. Richard Webber, the person who initially determined that the Golans did not have a case," wrote the Daily Beast's Ben Collins and Gideon Resnick. However, the 8th Circuit Court of Appeals has allowed the case to proceed.

The class action suit now has a website, LastOunceClassAction.com and .PDF files of the complaint and Class Certification Order are available to download here.

“The advertising campaign for Last Ounce of Courage included approximately 4 million telephone calls to residential telephone numbers through many states in the United States and ‘Email to Text (ETT) Messages’ to 30 million cell phones,” the complaint says.

Furthermore, the calls were disguised as telephone surveys, with questions like, “Hello, this is Governor Mike Huckabee with a 45-second survey. Do you believe in American Freedom and Liberty?”

The calls reportedly continued, “Would you, like me, Mike Huckabee, like to see Hollywood respect and promote traditional American values?” and said, “I am an enthusiastic supporter of a new movie called Last Ounce of Courage. It is a film about faith, freedom, and taking a stand for American values.”

The calls also included plugs for Huckabee's talk radio show, which is included in the complaint.