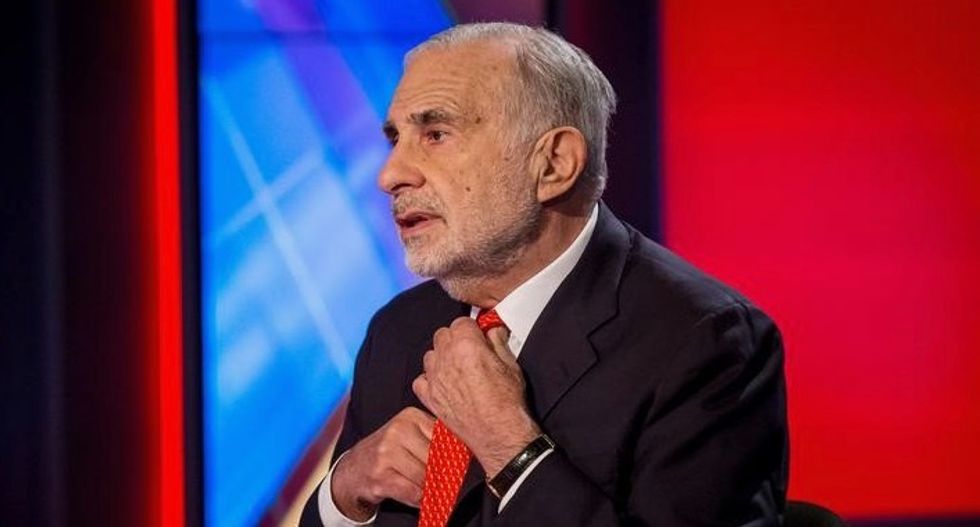 The letter is the latest in a string of missives from Democrats concerned about Icahn's dual role as a special adviser to President Donald Trump on regulation and as a major investor in heavily regulated industries.

Icahn has an 82 percent stake in oil refiner CVR Energy Inc. He has also recommended the White House change the biofuels program that would reduce costs to CVR and other refining companies.

Signing the letter were Reps. Frank Pallone of New Jersey, the ranking member of the Energy and Commerce Committee; Bobby Rush of Illinois; Diana DeGette of Colorado; Paul Tonko of New York; and John Sarbanes of Maryland.

They called on Pruitt to respond by the end of the month with details about procedures in place at EPA to prevent Icahn from influencing policy for personal gain. The agency runs the Renewable Fuel Standard program, a regulation requiring increasing amounts of biofuels in the nation's gasoline.

Earlier this month, five Democratic senators had also asked the EPA to hand over documents relating to Icahn's role in shaping biofuels policy at the agency.

And in May, eight Democratic senators asked U.S. regulators to investigate Icahn’s biofuels activities. The U.S. Commodity Futures Trading Commission responded that it was not investigating but would help the EPA with any probe that it was conducting. [L1N1J21PC]

An official at the EPA Office of Inspector General declined to comment on whether an inquiry was under way.

Icahn was named as an unpaid special adviser to Trump in December. In February, he proposed shifting the responsibility for blending biofuels to fuel dealers from refiners.

Icahn has said the proposal is not self-dealing because it would benefit many refining companies, not just CVR.

White House officials have said the EPA is considering the proposal.