‘Europe considers us children’: Kurt Eichenwald explains why NATO allies gave up on Americans over Trump 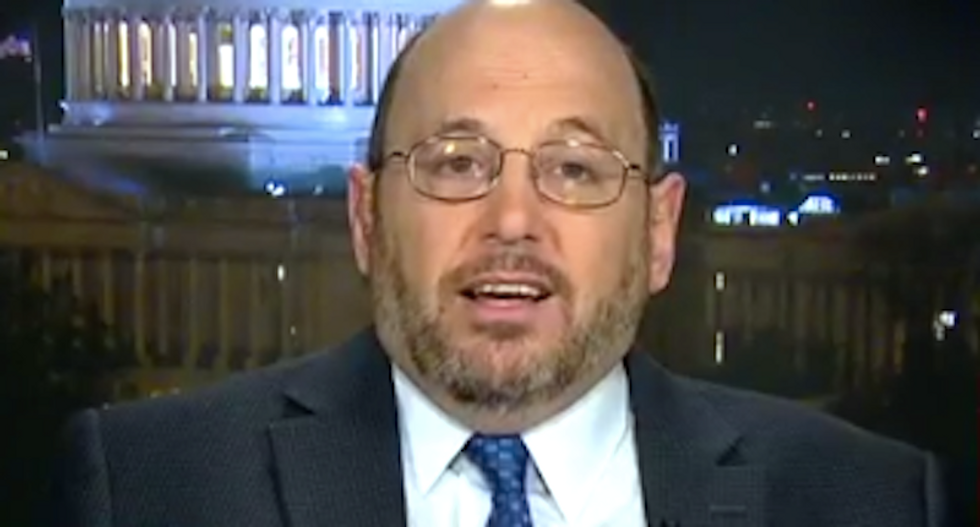 Kurt Eichenwald has been sounding the alarm for months about Donald Trump's troubling overseas ties -- and the reporter and author has seen at least one of his dire predictions come true.

Eichenwald reported Nov. 4, just days ahead of the presidential election, that NATO allies were worried about Trump's attitudes toward the intelligence community and Russia.

After Trump's overseas trip, where he manhandled and insulted NATO allies, German chancellor Angela Merkel lamented that the European Union was unable to count on the U.S. and Britain as partners -- and Eichenwald said that shouldn't have been a surprise.

"Before the election, I spoke to a number of European officials/intel officers who laid out details of Trump links w/ Russia and efforts by Russia to interfere with election, w/ significant detail. I wrote a story laying it out, which was lost amid 'but her emails!'" Eichenwald wrote Thursday afternoon on Twitter.

Those officials believed Russian efforts to interfere with the U.S. election were intended to exploit Trump connections to destroy the NATO alliance.

"Perhaps the first time since World War II, countries in Western Europe fear that the American election," Eichenwald wrote Nov. 4, "should Trump win, could trigger events that imperil their national security and do potentially irreparable harm to the alliances that have kept the continent safe for decades."

Those same sources say both Germany and Britain are certain their suspicions were correct, and they're "proceeding in their dealigns as if the United States is aligned with the goals of Russia in terms of harming NATO security," Eichenwald tweeted.

He said that's why Merkel made her comments about going it alone, and he said British officials privately felt the same way.

"The NATO alliance has been perhaps irreparably damaged because they believe Americans have shown themselves too ignorant, too tribal, to hateful of each other, and (too) divided to care," Eichenwald said.

Trump's election had undermined the U.S. reputation as a stable democracy, according to those officials.

"We are easily manipulated by propaganda, whether generated from the inside or outside, whether on Facebook or through Russian attacks, to be considered a reliable ally," Eichenwald said.

"Ours is a broken democracy, broken through our certainty of the righteousness of our side of the political spectrum and the evil of the other," he continued. "One of these conversations is what led to my rather negative tweet rant the other day about America being over. Europe considers us children - ignorant, naive, angry children. And we are."