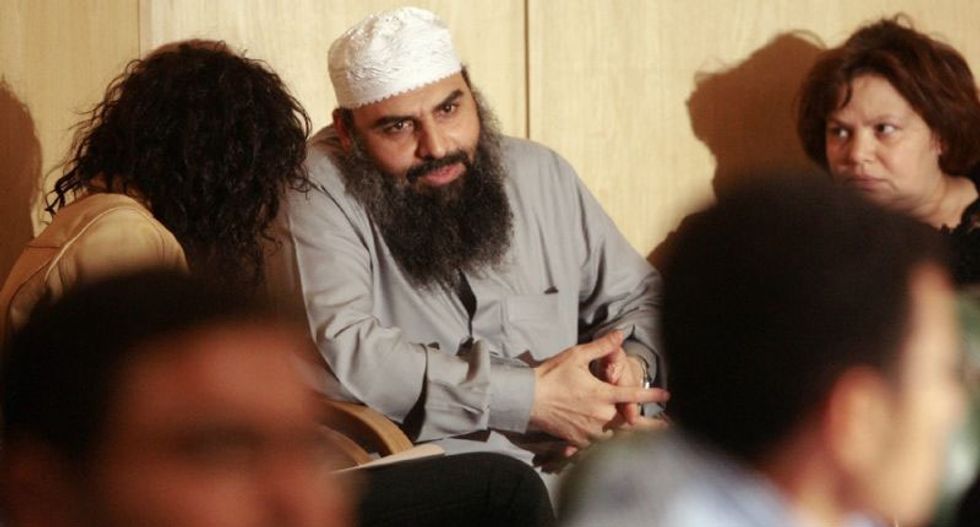 Egyptian cleric Abu Omar was kidnapped in Italy in 2003 before being transferred to Egypt, where his lawyers say he was tortured (AFP Photo/KHALED DESOUKI)

A former CIA agent who was found guilty of kidnapping an Egyptian imam by an Italian court more than a decade ago said Thursday she intended to return to Italy to face her sentence, but hopes to avoid prison.

Sabrina de Sousa, who holds dual American and Portuguese nationality, said she would leave Portugal to face the Italian courts over the abduction of radical preacher Abu Omar from a Milan street in 2003 in an operation allegedly led jointly by the CIA and the Italian intelligence services.

She has already gone on trial in absentia along with 22 others in what were the first legal convictions in the world against people involved in the CIA's extraordinary renditions programme that followed the September 11, 2001 attacks.

"I'm going back to Italy next week to serve a sentence that will be determined by the Italian courts," 60-year-old de Sousa told AFP, saying she hoped to be released on parole and carry out community service.

At the end of February, Italian President Sergio Mattarella granted her "a partial pardon of one year's imprisonment", reducing her jail time to three years of a lenient form of sentence that does not necessarily need to be served behind bars and allows the convict to work.

Italy then withdrew the European arrest warrant issued after her arrest in October 2015 at Lisbon airport.

In an email sent from the US, where she just had surgery, de Sousa said even if she were able to do her community service in Portugal she "would have reason to be very concerned about what would happen to me".

"Portugal after all threw me in prison for 10 days with no plausible reason for doing so".

Omar was kidnapped on February 17, 2003, before being transferred to Egypt where his lawyers say he was tortured, in a case that highlighted the controversial secret renditions of suspected radicals by the United States and its allies.

"This operation was approved by the highest levels of the US government," said de Sousa.

"What US officials in Washington and some in the Italian Government were told was that Abu Omar was a dangerous terrorist; and with that justification the CIA chief in Rome obtained the necessary approvals," she added.

"This obviously turned out not to be the case and Abu Omar was released from an Egyptian prison. As with most cover-ups lower level officers like myself end up paying the price for decisions for which we had no input."