Ex-CIA agent mocks Trump’s ‘tapes’ lie: ‘He’s got to come out and say the tough guy is bluffing’ 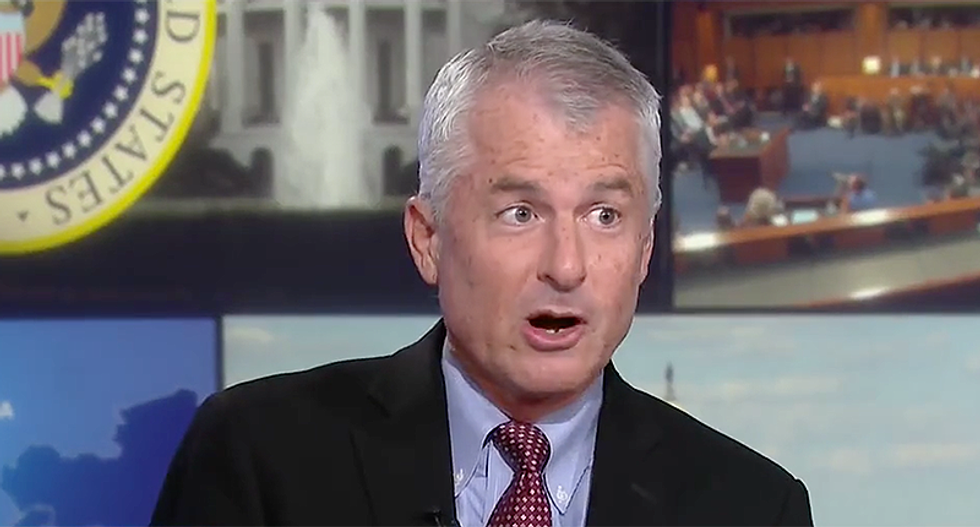 President Donald Trump is between a rock and a hard place when it comes to the possible existence of recordings of the conversations he had with former FBI Director James Comey. If tapes exist, they might prove Trump was lying, if they don't exist it shows Trump lied in his tweet and if they did exist but were destroyed it's an obstruction of justice. Congress has requested the tapes from the White House.

"I think it's pretty straightforward," Mudd began on Friday. "We have the president who has portrayed himself from the tough guy, everything from reality TV that we talked about to the presidency. I suspect there are no tapes and now he has to come out and say the tough guy was bluffing. I think this story will end up being simpler in retrospect and the reason he's not that you canning about is because there's nothing there."

CNN's Dana Bash agreed, saying she doubts there is some kind of Nixonian taping system in the White House anymore. She wouldn't be surprised, however, if Trump taped things on his cell phone or other devices.

"Donald Trump in the past has raised other issues that turned out not to be exactly as he initially represented them, Wolf, so this might be another such case," said Rebecca Berg from Real Clear Politics. "It could very well just be Donald Trump laughing, trying to sound tough, trying to hold something over James Comey's head. That seems possible from this point."

Berg did argue that if tapes do exist it could end up being worse for Trump because he'd have to come out and admit he was lying.