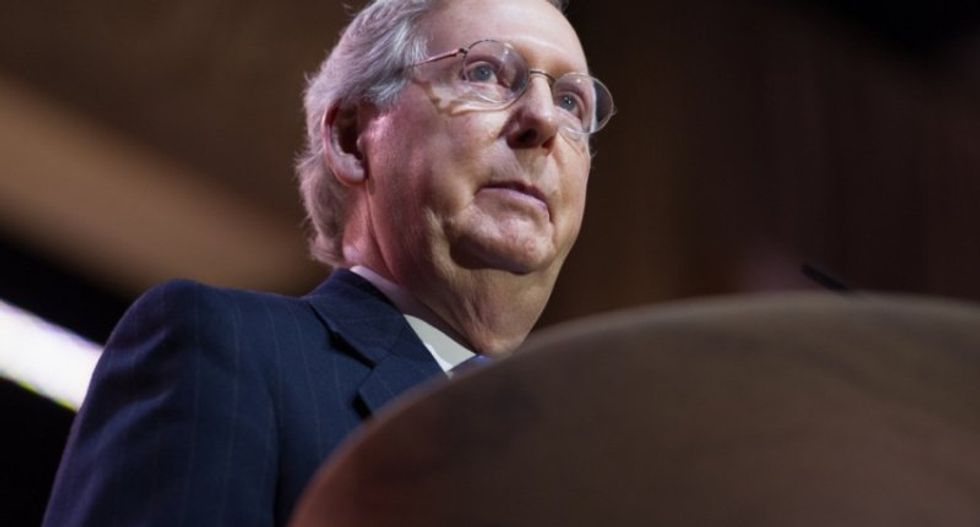 According to BuzzFeed News, members of the Presidential Advisory Council on HIV/AIDS (PACHA) who resigned last week in protest believe that the GOP Senate's new healthcare bill will constitute a death sentence for people with the disease.

"I would say it's at least as bad as the old House one — maybe worse, depending on where it goes from here," Scott Schoettes, Lambda Legal's HIV Project Director and former member of PACHA told BuzzFeed News. "It will kill people — that's not hyperbole. There will be some people who will die from this."

Schoettes resigned with five other PACHA colleagues last week in protest of an administration and "president who simply does not care" about people who live with HIV or AIDS.

Though Trump himself has said little about the disease, Vice President Mike Pence is a well known opponent of HIV/AIDS programs, and took more than two months to respond to an epidemic of the disease in one Indiana county when he was governor of the state.

Schoettes' fellow PACHA member and HIV prevention expert Gina Brown told BuzzFeed that the bill's plans to downsize "essential health benefits like maternal health, mental health, substance abuse treatment, and funding to Planned Parenthood will impact both people with HIV/AIDS and those at risk of contracting the disease."

"Also, expanded Medicaid would be scaled back and because there's no penalty for not having health insurance, a lot of people will not purchase it," Brown told BuzzFeed. "I fear we are going backwards, back to a place where people went bankrupt trying to pay for medical emergencies."

Despite four conservative Republican senators coming out against the party's current iteration of the Obamacare repeal bill, Schoettes said he isn't optimistic.

"Most conservative Republicans who want deeper cuts have already come out against the bill, which means if it's going to move anywhere it's just going to become worse instead of being improved," he said. "It's really upsetting because I know, having worked in the epidemic, that this is going to affect real people I know living with this disease."