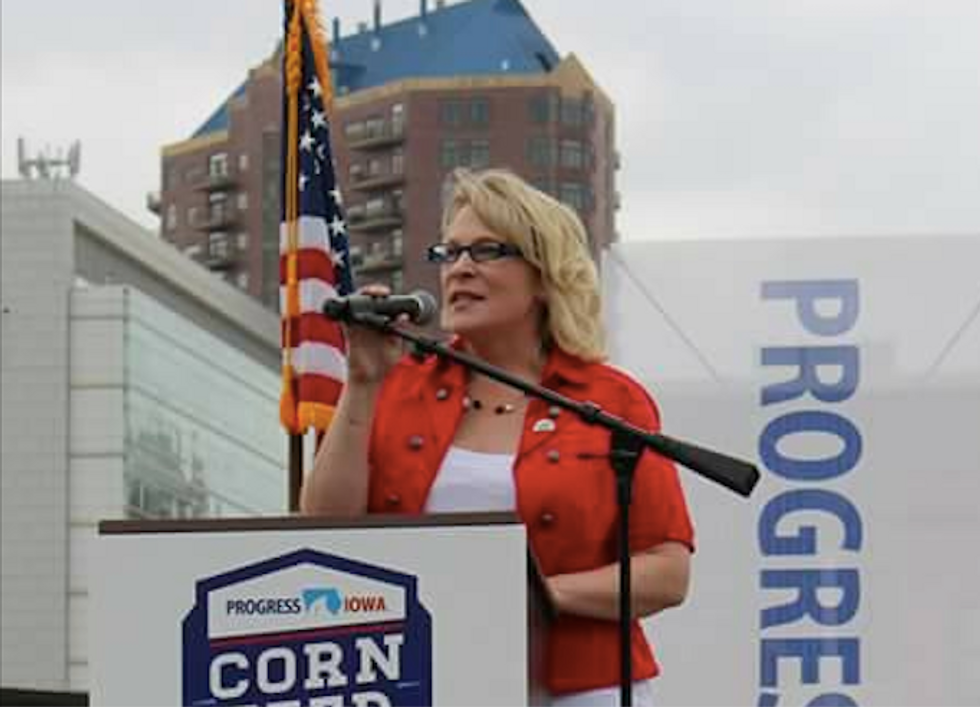 The Democratic candidate running against anti-immigrant Republican Congressman Steve King (IA) announced Saturday that she is dropping out of the race for her own safety.

In a Facebook post published Saturday night, Kim Weaver wrote, "Over the last several weeks, I have been evaluating personal circumstances along with the political climate regarding this campaign. After much deliberation, I have determined that the best decision for me is to withdraw my candidacy for the US House race in Iowa’s 4th Congressional District."

She explained that beginning during her 2016 campaign, she has been receiving threats of physical violence and murder, and said that "recent events at my home" were forcing her to re-evaluate her decision to run against King.

"While some may say enduring threats are just a part of running for office, my personal safety has increasingly become a concern," Weaver said.

Furthermore, she explained, she cannot currently risk losing her health coverage, which would disappear if she quit her current job to campaign full time. Added to that, Weaver said her mother is in poor health in Des Moines.

"I feel that it’s necessary to be more available to support her. Considering this, along with the time and energy it takes to succeed as a candidate, I realize that I can’t fully commit to both," Weaver wrote. "With all this in mind, I have made the difficult decision to end my campaign, and to move out of the district and back to Des Moines where I grew up."

Weaver thanked her campaign staff, family and friends and urged them to stay active.

"I humbly ask for your support and understanding during this difficult time, as well as your continued support with the effort to unseat Steve King," she wrote.

King is notoriously anti-immigrant and has made a number of embarrassingly tone-deaf statements about Latino immigrants and people of color during his time in office.