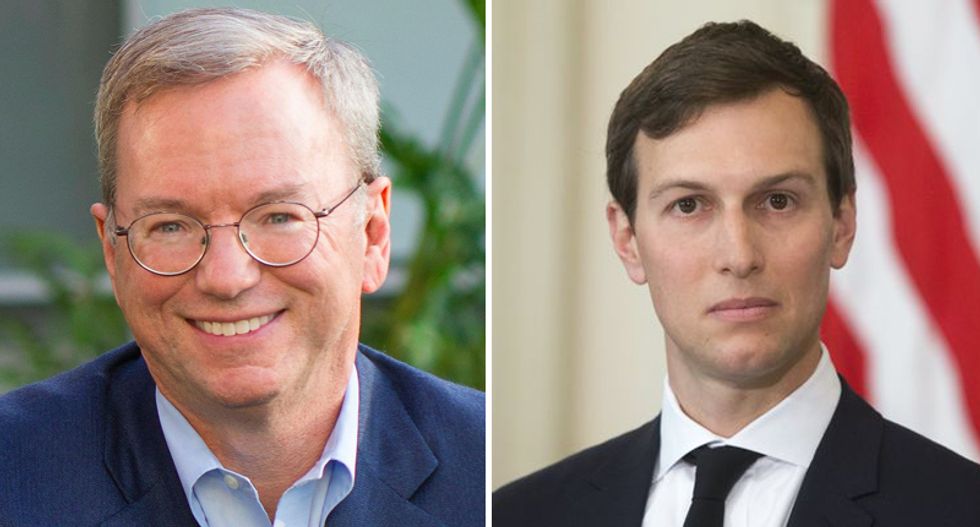 According to Sarah Lacey - who connected the dots at Pando -- Google will benefit from the closure since it was facing government scrutiny for underpaying women employed by the tech monolith.

As noted, Google was fighting with the government over discrimination claims, arguing that compiling and maintaining the salary records was too  financially burdensome for the company with $28 billion in annual income.

After complaining that Google would have to spend approximately $100,000 to do the paperwork required by the Labor Department, DoL attorney Ian Eliasoph took a shot at the response on Friday, stating: “Google would be able to absorb the cost as easy as a dry kitchen sponge could absorb a single drop of water.”

In a piece that appeared on Sunday, May 28 in the New York Times, Eric Schmidt, the executive chairman of Alphabet, Google’s parent company, was one the few cited in the mostly critical examination of Kushner's White House tenure to say something nice about the young real estate developer-turned Trumps right-hand man.

Asked about Kushner's reported work on business innovation for the White House, Schmidt stated: “His passion on this is very real.”

As Lacy noted -- while admitting that it might be a coincidence - the day after Schmidt's comment was widely reported, the White House on Monday announced the shuttering of the very department looking at Google.

"The Trump administration is planning to disband the Labor Department division that has policed discrimination among federal contractors for four decades, according to the White House’s newly proposed budget, part of wider efforts to rein in government programs that promote civil rights," the Washington Post reported.

As Lacey writes, "As luck would have it, three days after the DoL reminded Google that compliance with its anti-discrimination investigation was the price of being a government contractor, and just hours after Eric Schmidt issues his bizarre public defense of Jared Kushner, news broke that the Trump administration was planning to disband the organization doing the investigation."