'Fight like hell': Patagonia CEO is putting her money behind resistance to Trump's public land giveaway 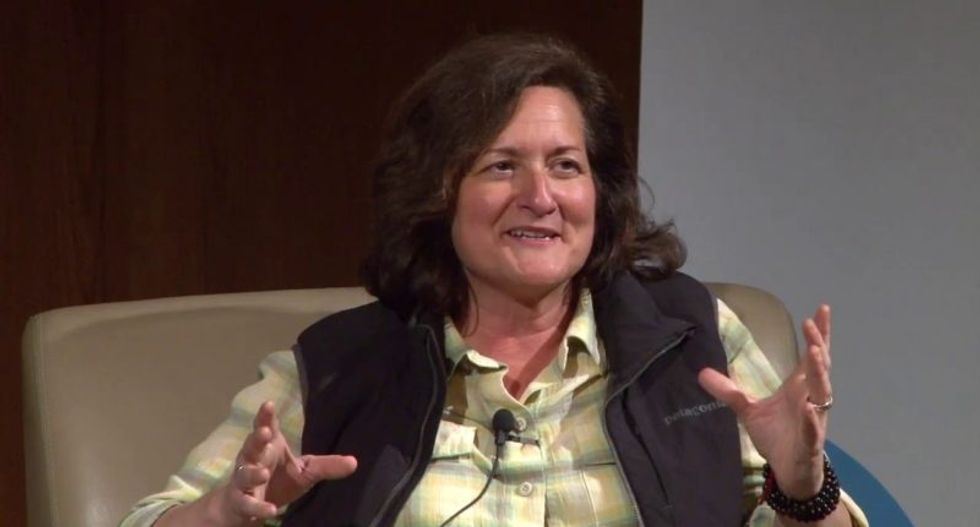 "We have to fight like hell to keep every inch of public land," the 52-year-old CEO told HuffPost.

Marcario, who took over the popular outdoors outfitting firm in 2014, said she doesn't "have a lot of faith in politics and politicians right now," and is putting her money where her mouth is -- first by closing down all their stores on Election Day to make sure their employees and customers voted, then by donating all $10 million of their Black Friday profits to environmental groups.

Now, she's prepared to sue the Trump administration for what she considers their mishandling of the Bears Ears National Monument, a national park designated by President Barack Obama that Republicans have opposed due to its' potential for precious mineral mining. In April, Trump issued an executive order requiring the Department of the Interior (headed by climate change denier Ryan Zinke) to review national monument designations like Bears Ears'.

"A president does not have the authority to rescind a national monument,” Marcario said in a statement the day after Trump announced his national monuments order. “An attempt to change the boundaries ignores the review process of cultural and historical characteristics and the public input.”

According to HuffPost, Trump would be the first president in history to attempt to rescind a monument. If he rescinds or alters Bears Ears, Marcario has promised to move forward with her suit against his administration.

The report also noted that "anticipated lawsuits from environmental groups and tribes" who helped establish Bears Ears during the Obama administration and whose "legal standing to sue would be even stronger" could "bolster" Marcario and Patagonia's lawsuit.

Read the entire report on Patagonia's corporate resistance to Trump via HuffPost.