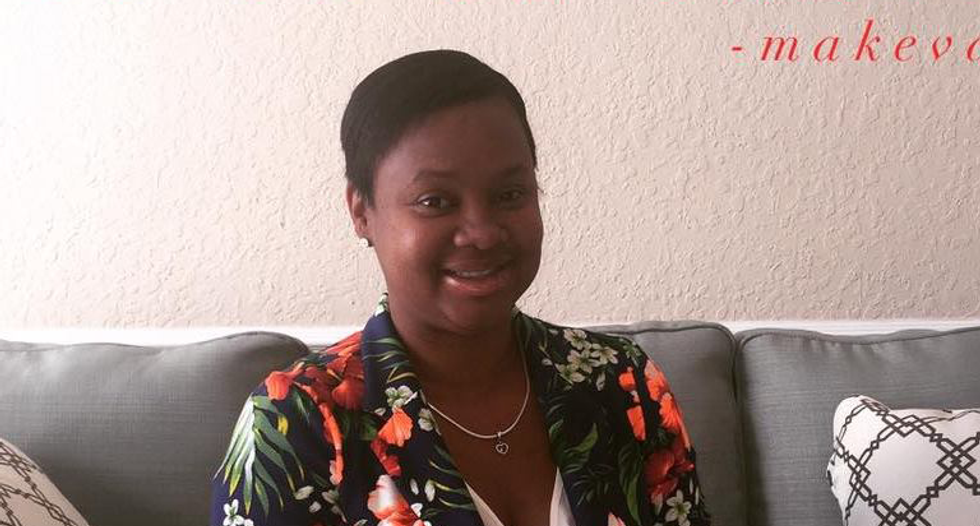 A Lake Worth, Fla. woman was gunned down in her family home Thursday morning, just two hours after posting an inspirational message on Facebook about her journey from homelessness to a six-figure salary, the Palm Beach Post reports.

Makeva Jenkins, a mother of three, penned a post late Wednesday to express “awe” at how far she’s come. Recalling 2011, Jenkins wrote she “couldn’t even afford $99.”

“Fast forward to now: We overcame being homeless in 2013/2014 to reaching my six figure mark in 2015 to now making multi six figures,” Jenkins wrote. “No matter what the road looked like, I followed my heart and stuck with it growing my business. I’m saying this to say, anyone can do it. It takes determination and consistency.”

As the Post reports, two hours later a masked man broke into Jenkins’ home and fought the people inside. The man fatally shot Jenkins and fled in the family’s car.

According the Daily Mail, Jenkins family is concerned the woman’s Facebook post had something to do with the incident.

“Regretfully, the news reports are true,” an anonymous person posted on Jenkins’ Facebook page after the incident. “The family of Makeva Jenkins asks that their privacy be respected at this most trying time. All of your love, condolences, and well wishes are appreciated; however, please refrain from calling or texting concerning the events. Please keep the family in your prayers.”

“It’s a great family and I’m just lost for words for what happened,” Clarke added.

A relative who wished to remain anonymous added, “Everybody loved her.”