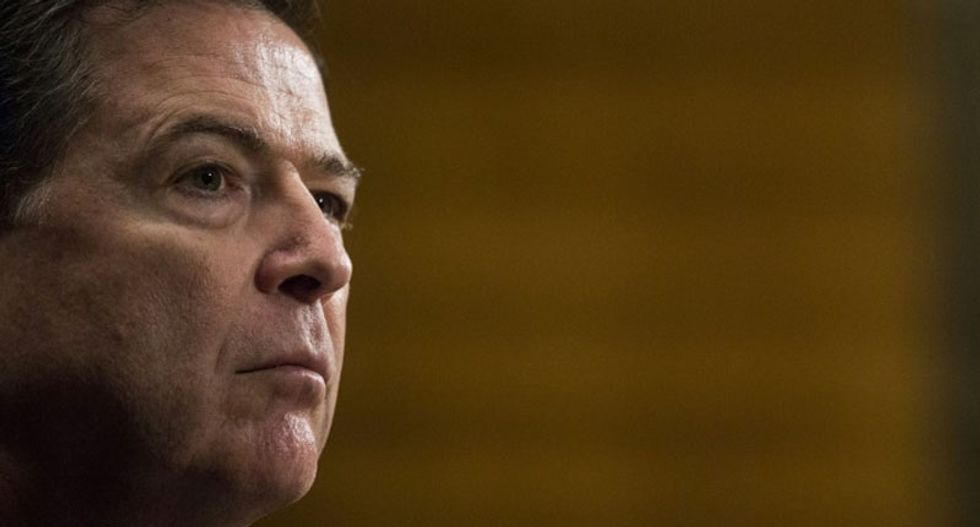 Former FBI director James Comey released an explosive statement on his contacts with President Donald Trump a day ahead of his testimony to Congress. (AFP/File / Zach Gibson)

According to the Daily Mail, the visit came during President Donald Trump's admission that he did not personally record the discussions with Comey as he had alluded to weeks previously.

After the story was posted, New York Times reporter Maggie Haberman tweeted out her own photos of Comey at the building and said he wasn't there for news purposes.

"Comey didn't visit NYT newsroom," she said in a tweet. "A person close to him said he and wife went to ceremony for CASA at Covington and Burling in NYT building [sic]."

Comey testified under oath that he leaked some of his memos to reporters through a friend and Columbia University law professor.