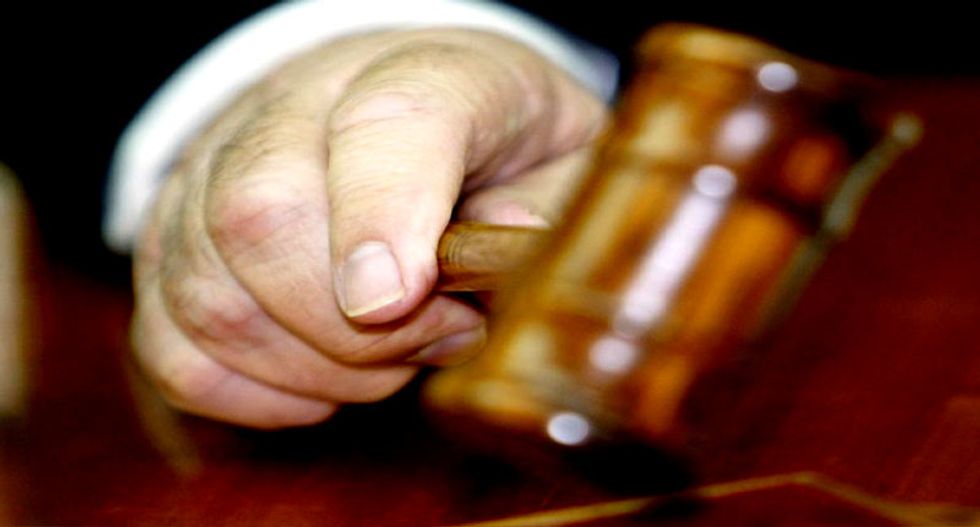 A judge with a gavel (AFP Photo/Gil Cohen Magen)

A Tennessee jury on Friday found a former Vanderbilt University football player guilty of raping an unconscious female student in a teammate's dormitory room in 2013.

The Nashville jury found Brandon Banks, 23, guilty of aggravated rape and aggravated sexual battery after deliberating for about 15 hours over two days. The case stoked simmering concern about sexual assault on college campuses by athletes.

"We are very satisfied with their verdict," Moore said.

Defense attorney Mark Scruggs did not respond to a request to comment. He was quoted by The Tennessean newspaper as saying that Banks was "shocked but understands that this is only the first part of this process. There's a lot more to do from here on."

Teammates Brandon Vandenburg and Cory Batey, two of the four former Vanderbilt football players charged in the case along with Banks, were found guilty when tried together in January 2015 but a mistrial was declared.

A fourth player, Jaborian “Tip” McKenzie, who testified against his three teammates, has yet to stand trial in the case.

The players used cell phones to record their crimes, and those videos - shown to the jurors in all the trials – played crucial roles in the prosecution’s case.

Vandenburg and the victim, who had been dating, met for drinks at a bar popular with Vanderbilt students. Both had been drinking prior to meeting, according to testimony.

Vandenburg tried to take the victim, who was unconscious, to her apartment, but could not get in. He then took her back to his dormitory, where the other three men charged in the case helped cart her to his room, which was the site of the attacks, prosecutors said.

The victim, who has not been named, testified against all three men for their roles in the rapes.

Banks testified in his own defense and said he was intimidated by the other players and participated because he was scared of retribution that night and later on the football field.