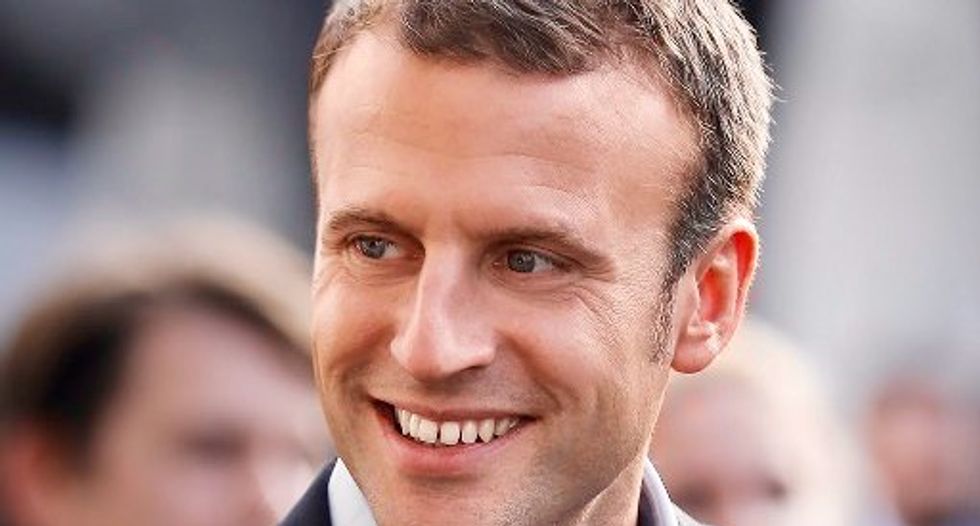 France's president has not given Donald Trump an easy ride: a crunching handshake at one meeting was followed by a body swerve at another and then a public rebuke over his attitude to climate change. But now there seems to be an olive branch from Paris.

The U.S. leader said on Wednesday he had accepted an invitation from Emmanuel Macron to celebrate July 14 Bastille Day celebrations and 100 years since the U.S. troops entered into World War One.

Trump will likely revel in a ceremony laden with pageantry and military pomp, with U.S. soldiers marching down the Champs Elysees boulevard beside French servicemen - a welcome respite from his domestic woes.

For Macron, 39, it is an opportunity to use soft diplomacy to win Trump's confidence as he tries to establish himself as a leading global statesman at a time when decision-making in the White House has become increasingly unpredictable.

"We don't want the United States to isolate themselves," a Macron aide said recently. "That's what diplomacy is for. It's not to let people sulk in their corner."

In the space of six weeks, France's youngest leader since Napoleon, will have hosted Russian President Vladimir Putin in Versailles and Trump on Paris' most iconic avenue.

Macron flattered Putin in May with a meeting at the sumptuous palace of France's former monarchy, built outside Paris by Louis XIV - the 'Sun King' - to symbolize absolute power. Even so, Macron pulled no punches, accusing Russian state media of "lying propaganda" during his French election campaign.

A French diplomat indicated there would be frank exchanges with Trump too after Macron took a dig in English at Trump's withdrawal from the Paris climate accord when he urged U.S. citizens to help "make this planet great again".

"On climate change it's complicated," the diplomat said. "But the rest is sufficiently important for him to make this historic trip on July 14."

"FRANCE IS NO LONGER FRANCE"

Macron appears to be broadly aligning his foreign policy with U.S. priorities of tackling terrorism while seeking better ties with Russia. The battle against Islamic State, Syria's civil war and Iran's nuclear accord are likely talking points.

Privately, some French diplomats have lamented the lack of a clear U.S. policy on the long-term political process in Syria and say even setting up a meeting between the French and U.S. foreign ministers is tough.

A White House statement said the two leaders would "further build on the strong counter-terrorism cooperation and economic partnership between the two countries".

Past words may haunt Trump. It will be his first visit since he declared that a wave of militant attacks showed France was soft on immigration and fighting jihadists.

In bringing Trump to Paris, Macron has stolen a march on Britain's embattled Prime Minister Theresa May.

London's offer in February of a state visit for Trump met fierce public resistance, Britons perceiving it as a desperate act by a government in need of a trade deal as it faced tough negotiations on its exit from the European Union. A date has still not been confirmed.

"You can see that the way Trump's headed isn't going to help things and I think diplomatic channels are the best way to calm things down," said antique dealer Florence Toussaint.

Psychologist Martine Aubourg was less impressed. "Trump isn't an honorable president," she said. "He changes his mind all the time."