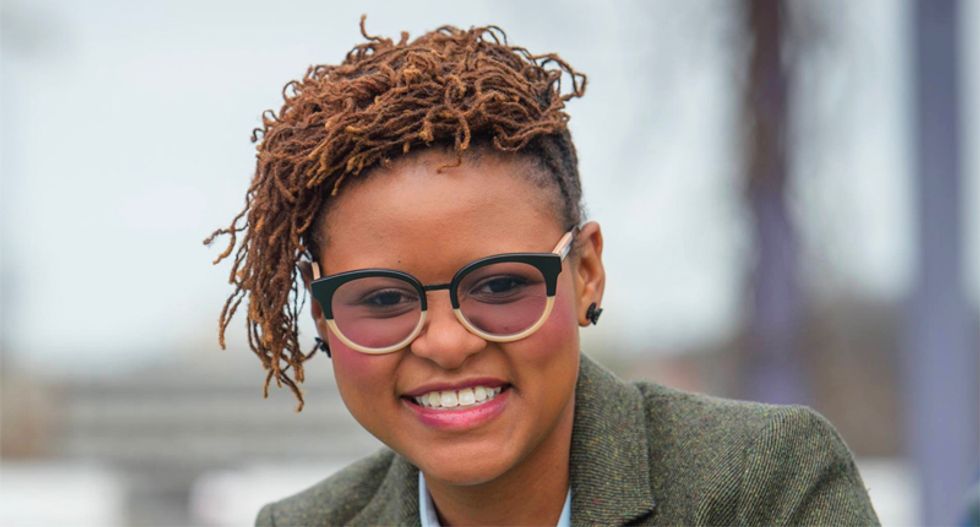 A black Georgia lawmaker claims she was accosted by police following the debate between congressional nominees Jon Ossoff and Republican Karen Handel when she attempted to speak with Handel.

Writing on Facebook, State Rep. Park Cannon (D-Atlanta) said she was pleased to be able to attend the debate held at radio station WABE between the two candidates for the 6th Congressional District seat opened up when Rep. Tom Price (R) joined President Donald Trump's cabinet.

According to Cannon, when she attempted to speak with Handel about LGBTQ issues after the debate but was rebuffed when she extended her hand to the GOP candidate.

"I told her great job and that if she is elected, I look forward to working with her. Additionally, that I am a part of the LGBTQ community and her statements on gay marriage and adoption affect many Georgians," Park explained. "Immediately, two APD officers were called on me by a white, male WABE staff member. I was blocked from exiting a door and berated in the parking lot."

In an interview with Rewire, Cannon elaborated on what transpired.

“I was extending my hand to possibly someone who will be elected to a very important office,” Cannon said, adding that her overture was "scoffed at."

“At that time, somebody stepped in and tried to move [Handel] out of the debate space, even though the other candidate was still there—he was shaking hands, talking to people—and you know, I guess she left," she continued.

Cannon added that she was approached by a white male staff member from WABE, and that the staffer “held his hands up against the door so that I could not exit the building.” She stated that she was questioned about “thumbs up” and “thumbs down” gestures she made to the candidates during the debate and admitted they were in reference to their stances on LGBTQ issues.

Cannon used the opportunity to point out Handel's stances on gay adoption and marriage, telling Rewire, "If she becomes elected, I will request a meeting with her more formally to talk about gay adoption.”

"I do think this is a timely issue, and I wanted to speak with her further about the harmful effects of the words she has put in the media before and how I may be a resource for her, as a young person on the ground here in Georgia, for making those positive changes,” she added.