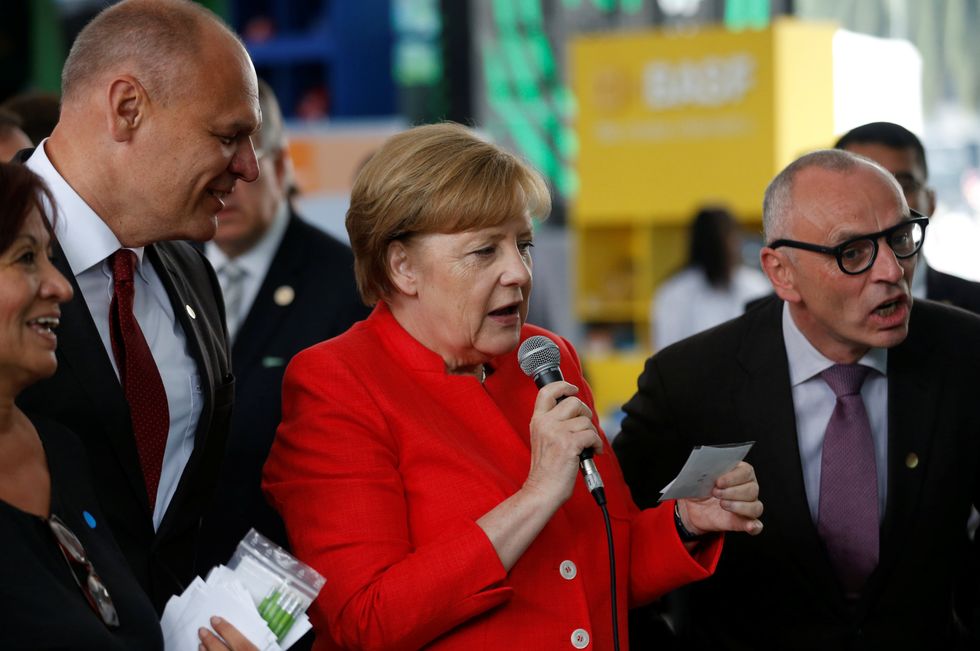 Germany's Chancellor Angela Merkel speaks to people at a pavilion during an event of the Dual Year Germany-Mexico, at the Revolution Monument in Mexico City, Mexico June 10, 2017. REUTERS/Henry Romero

German Chancellor Angela Merkel said on Saturday that the digital world needs regulations like those that exist for financial markets in the G20 and for trade under the World Trade Organization.

Global policymakers are facing uncharted territory as emerging technologies open new frontiers for regulation with the inter-networking of smart devices and trends in the automation of factories, dubbed Industry 4.0 by German politicians.

"We still have no international rules," Merkel said alongside Mexican President Enrique Pena Nieto during a visit to Mexico City, stressing that there were important security concerns without common standards.

"Otherwise some provider could emerge ... that's an island, and from which things could be done, relevant to security, that could destroy an entire system. On this question of the rules-based handling of it, we're still right at the start."

Germany wants to use its presidency of the Group of 20 major economies to develop a concrete plan on digital policy at a summit in July. Merkel pointed to an agreement by G20 nations to fight cyber attacks on the global banking system.

Germany has said it wants to establish a common global plan to promote fast internet for all and agree on common technical standards at the G20 meeting in Hamburg next month.

Europe and the United States needed to work together on ensuring sensible rules because standards had been very erratically set so far, Merkel said.