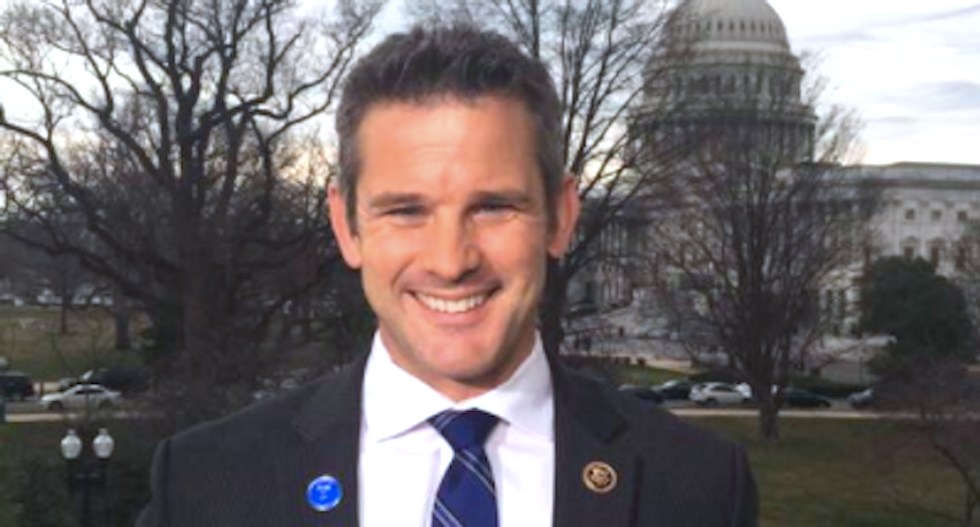 Rep. Adam Kinzinger (R-IL) told The Global Politico that he's prepared to battle the White House over efforts to water down legislation imposing sanctions against the Russian government as punishment for its involvement in Syria and Ukraine, and alleged interference in the U.S. presidential election.

That bipartisan legislation passed overwhelmingly in the Senate, but Trump allies in the House have set up a series of procedural roadblocks and Secretary of State Rex Tillerson complained the bill undermined administration authority.

"There will be some holy hell from some of us that would be very upset about this," Kinzinger said. "I think you will see a House that is very, very eager to make sure this thing passes."

Kinzinger, an Air National Guard combat veteran who sits on the House Foreign Affairs Committee, is concerned about the president's fondness for Russian president Vladimir Putin -- and he doesn't understand why the Republican Party has reversed decades of suspicion against the former Soviet Union.

"Look, I was no fan of President Obama," Kinzinger said, "but I would much rather have him as my president than Vladimir Putin, who kills his enemies. It shows how much people need leadership on foreign policy.”

The lawmaker, who was first elected in 2010, isn't a fan of Trump's social media activity and other public statements, but he backs the president's airstrike against Syria and the wide authority given to Defense Secretary James Mattis.

“I’ll tell you, I’ve been happy with the actions,” Kinzinger says. “The words, not so much.”

Kinzinger, who served in both Afghanistan and Iraq, backs the investigation of Trump's alleged ties to Russia and worries about the president's "narcissistic foreign policy."

“The world is watching this, and I believe America’s job is to be an example of self-governance to a world drowning in chaos," he said. "And then when we’re drowning in our own chaos, it doesn’t really help us with that mission."