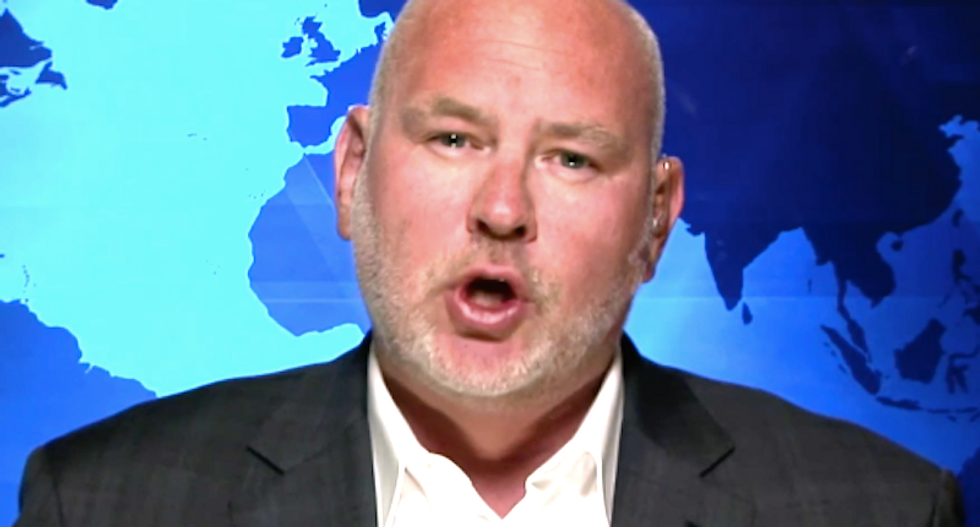 Republican senators have generally been unwilling to go on TV to defend their Obamacare repeal plan, and they haven't been able to clearly articulate why they're planning to vote for the legislation.

MSNBC's Chris Hayes said the "$64,000 question" in the debate was, why are Republicans planning to vote for what appears to be a politically poisonous bill?

"I think it's that same genetic impulse that pulls the lemmings over a cliff, one after the other," said Republican strategist Steve Schmidt. "It's not logical, it's difficult to understand."

Schmidt compared the run-up to the GOP vote to the process for passing the Affordable Care Act, or Obamacare, which came after years-long efforts by Democratic lawmakers to craft a health care plan to cover more Americans.

"Many Democrats who voted for this laid down their political careers because that's what they believed the right thing to do was, and they understood the consequences going in," Schmidt said. "I think that you could go one by one through these Republicans -- I don't think any of them could tell you what's actually in the legislation. I don't think they could go particularly deep on it, and I think that's because I don't think anybody's gone particularly deep on it. I think there's a real lack of understanding."

"How can anybody -- House side, Senate side -- vote to reorganize a sixth of the American economy without having a CBO score, without knowing what the cost is?" he added. "How is that conservative? It's positively radical."