'Hard to see how he can continue to serve': Dick Durbin calls on Sessions to step down after ducking questions 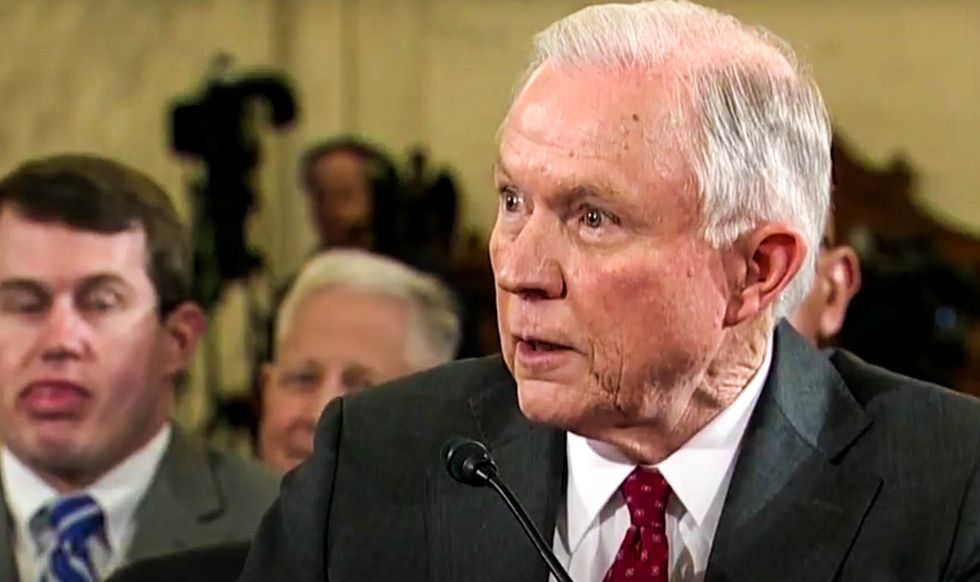 The second highest ranking Senate Democrat believes that it may be untenable for Jeff Sessions to remain as Attorney General.

"It is hard to see how he can continue to serve," Senate Democratic Whip Dick Durbin (D-IL) posted on Twitter.

Durbin cited four events in coming to his conclusion.

"Attorney General Sessions has recused himself from the investigation of Russian interference in our election, recommended the dismissal of the Director of the FBI, reportedly offered his resignation to the President, and refused to answer questions from the Senate Intelligence Committee," Senator Durbin explained.

You can read Durbin's statement below: