'He shooted her': dad kills daughter in 'series of heinous and depraved acts' 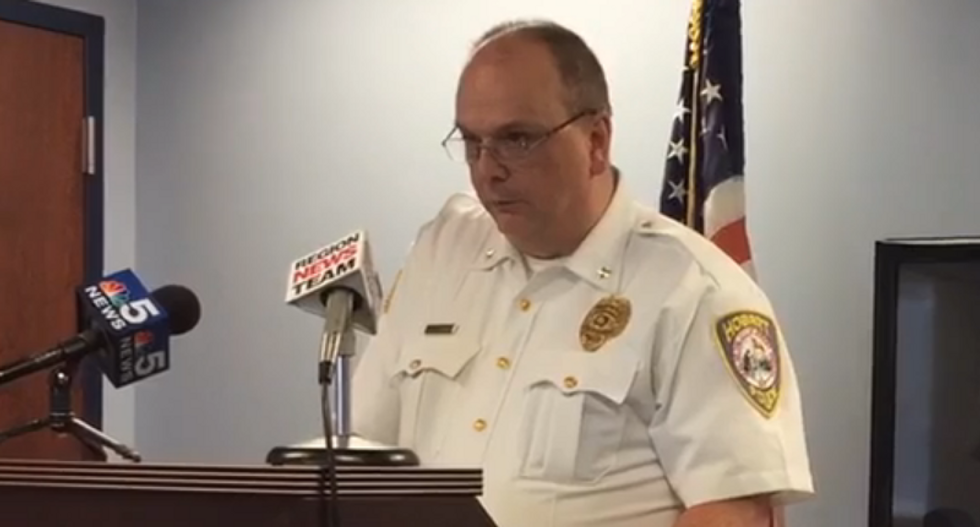 Hobart Police Chief Richard Zormier concluded, 'this was not just another accidental discharge of a firearm'

An Indiana man was charged with neglect of a dependent resulting in death after shooting his nine-year-old daughter Olivia Hummel in the head with his 9 MM Glock 17 handgun.

Eric Hummel, 33, of Hobart, Indiana was charged with five felony counts for the June 10th shooting, according to a report in the Chicago Tribune.

Hummel was allegedly telling his two 10-year-old sons to never play with guns and "thought it was empty" when he pulled the trigger while pointing the firearm at his daughter's head from a distance of 2 to 3 feet.

“He shooted her,” one of the defendant's sons told officers.

"I believe this was a series of heinous and depraved acts," Hobart Police Chief Richard Zormier said at a press conference. "His actions caused the death of Olivia and likely scarred the boys emotionally for life."

"She's dead, she's dead. I thought it was empty," a probable cause affidavit claims Hummel told a responding police officer.

"I was showing the boys the gun and told them not to ever play with it because it can kill someone. Then she walked in the room and I pointed it at her and pulled the trigger, thinking it was empty," the affidavit states.

"I’m so sorry. It was so stupid," Hummel told his wife on the phone before he was taken into custody, according to the affidavit.